“Saturday Night Live” is losing one of its head writers midway through its 47th season. Anna Drezen said on Thursday she will exit the show in order to focus on her upcoming series for Freeform, “Praise Petey.”

Drezen announced her exit on her Instagram page on Wednesday.

“Bye SNL! I am leaving the show to focus on my show at Freeform. Was going to post a joke but I don’t do those anymore. I learned a lot. Got to meet a lot of animals and people. There is nowhere like it. Lotta pressure to pick the right pictures to represent 5.5 years and this is what I came up with, how’d I do?” 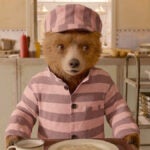 Drezen has been with “SNL” since Season 42 in 2016 and has been head writer alongside Michael Che, Colin Jose and Ken Sublette since last year. She has also written for Peacock’s “Girls5Eva.”

Drezen’s Freeform animated series “Praise Petey” follows Petey, a New York City “it” girl who has it all until her life comes crashing down around her, but a mysterious gift from her father lifts things up a bit: she’s going to “lean into” modernizing his small-town cult. She is creator, writer and executive producer and will EP alongside Monica Padrick, Mike Judge, Greg Daniels, Dustin Davis, and ShadowMachine’s Alex Bulkley and Corey Campodonico.