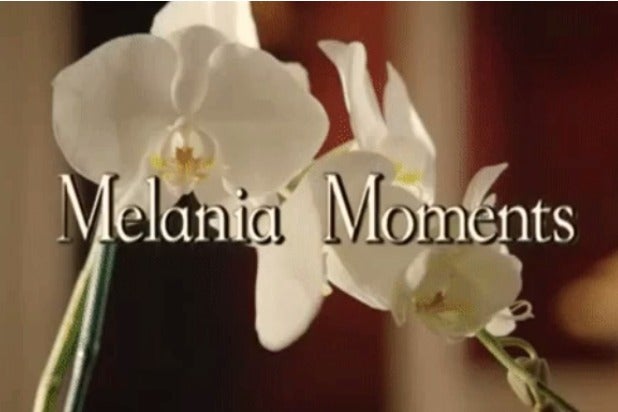 The premiere of “Saturday Night Live” didn’t simply make fun of Donald Trump — it also went after his wife Melania with a bit called “Melania Moments.”

This particular moment was introduced as moment No. 27, “The Passerby.”

“SNL” regular Cecily Strong was then seen as Melania herself, sitting down on a fancy love seat in Trump Tower and gazing off into the distance, ostensibly deep in thought.

And then a narration began:

“Melania Trump approached a window in Trump Tower and gazed down on Fifth Avenue. She saw a man walk just out of sight and wondered, ‘What happens to them, to the people, once they leave Fifth Avenue? Where do they go? Do they disappear? Is there a Sixth Avenue? Is there a Fourth Avenue? One day I’d really like to know.'”

The bit was reminiscent of an old recurring bit that “SNL” used to do: “Deep Thoughts by Jack Handey,” in which the titular Jack would offer inane musings that would be written over stock photos of nature. For example.

This came late in a politics-heavy episode, one that contained both a parody of Monday’s presidential debate — starring Alec Baldwin as Donald Trump and Kate McKinnon as Hillary Clinton — and a Family Feud parody that featured Larry David playing Bernie Sanders.