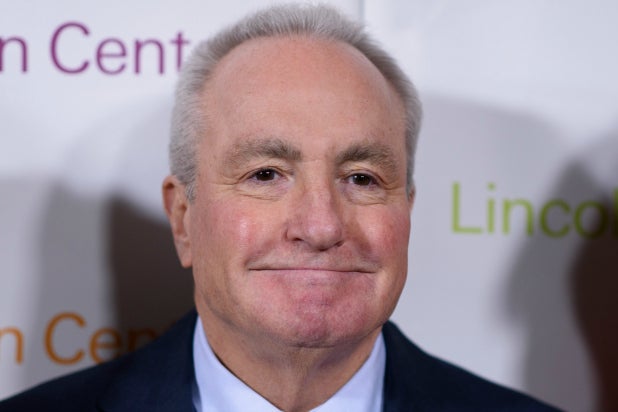 This weekend, “SNL” executive producer Lorne Michaels will finally take a break from sketch comedy and get down to business.

The “Saturday Night Live” boss must begin thinking about casting for his upcoming Season 42. With so many key players moving on in recent years — ironically due to their very success on the NBC 11:30 p.m. staple — consistency has consistently been a challenge for Michaels and his crack staff. This summer, he’ll have to be more calculating then ever in deciding fates for a season starting mere weeks before the November election. And those tough decisions will start for him right … about … now.

“I used to have an old rule in the ’70s: Don’t make any decisions in June,” Michaels told TheWrap. “By the end of the season, you don’t like anyone. And then you get away from it, and you start to see how good things were, and you just see things more clearly.”

Two stand-up comics who definitely won’t be going anywhere any time soon are the “Weekend Update” duo of Colin Jost and Michael Che. Jost, who was head writer before stepping down from that post, was paired with Che in an effort to remind viewers of other fun tag-teams of the past, like Meyers and Amy Poehler, Poehler and Tina Fey, Fey and Jimmy Fallon, etc. Many TV critics found that the new two-man team had a bit of a rough go finding their collective voice, but those cries appear to have been silenced as the suit-and-tie guys become more comfortable.

“This is the season that gelled. Living through it is never fun,” Michaels said. “I think there’s real chemistry now. I think you’ll be seeing a lot more of them in a more interesting context.”

In other words, expect election specials. After all, there’s no way a comedy mind like Michaels misses out on parodying the Donald Trump-Hillary Clinton general election debates.

After all, that’s exactly how Michaels stayed atop the comedy world through his show’s 41st season. Trump, Clinton, Bernie Sanders and others gifted Michaels’ cast of characters with seemingly endless fodder — and the late-night staple took advantage of the opportunity.

It is years like this when “SNL” can be at its best and most effective, and Michaels wisely stays true to a formula that’s seemed to work for him forever — even if that doesn’t follow the current television trend he sees.

“Our DNA is in the ’70s, so what I’ve always wanted it to be is non-partisan. So whoever is in authority, you’re challenging that, theoretically — and hopefully,” the executive producer told us Wednesday during a telephone interview. “More and more in the last 10 or 15 years … things turned more partisan, particularly in cable — both in news and in comedy.”

“So the idea that whoever it is, you’re against it, is a harder thing to make work now, because people want you to go, ‘He’s all bull,’ ‘I don’t like her,’ whatever that is,” Michaels continued. “We just go week-to-week and hopefully the only criteria is: ‘Is it a smart take on it?’

“I think you lose all credibility — at least in comedy — when everyone knows what side you’re on,” he summed up, pointing out the obvious exception of a one-voice talk show, like the rising one from protégé Seth Meyers.

Credibility is something that Michaels has in spades, much like Emmys. He’s got 14 of those, and may be clearing off shelf space for more as you read this. You know, after those casting calls are made.