Jimmy Fallon, Tina Fey, Amy Poehler and Seth Meyers all did it, and they turned out OK – so Cecily Strong should be feeling pretty good about winning a seat at the anchor desk at SNL’s “Weekend Update.”

In an interview with the New York Times, “Saturday Night Live” maestro Lorne Michaels revealed that Strong – who emerged as one of the show’s up-and-coming stars in her first season last year – would join Meyers before he begins his transition out in February.

Michaels said he’d like Meyers to stick with “Weekend Update” even after he moves on to NBC’s “Late Night,” but indicated that Strong would at some point segue 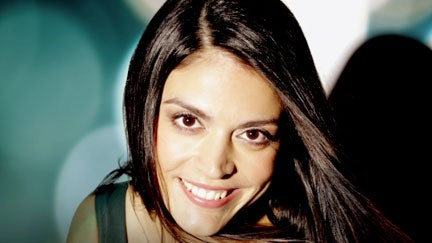 into a solo role. Her first day on the job will be the show’s Sept. 28 premiere.

“Cecily, from the first show, was right there,” Michaels told the Times. “She exploded.”

Strong got noticed for “The Girl You Wished You Hadn’t Started a Conversation With at a Party,” whose naïve, illogical ramblings clearly delighted Meyers as a regular visitor to the segment.

Besides Meyers, SNL has also recently lost stalwarts Jason Sudeikis, Bill Hader and Fred Armisen, meaning the anchor spot was all but certain to go to a newcomer.