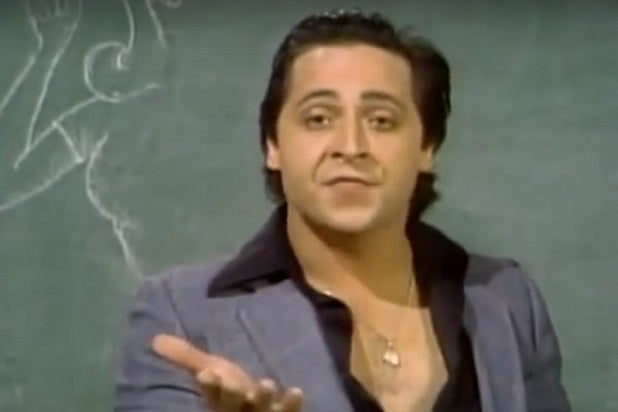 Tony Rosato, whose credits included “Saturday Night Live” and “SCTV,” died Tuesday of an apparent heart attack, the Hamilton Spectator reports. He was 62.

Rosato’s agent, Larry Goldhar, told the Spectator that the actor’s death was “heartbreaking,” adding, “He is truly one of the gentlest people I have ever met. He was such a kind person.”

We were deeply saddened to learn today of the passing of Tony Rosato, our beloved friend and colleague. pic.twitter.com/RWP2QNnwPU

Born in Naples, Rosato signed on for the Toronto cast of Second City in 1979. Per his IMDb profile, Rosato appeared on 36 episodes of the comedy series “SCTV,” portraying characters such as Marcello Sebastiano and Sheldon Resnick.

During his 21-episode stint on “Saturday Night Live” from 1981 to 1982, Rosato’s characters included Lou Grant — fashioned after an Ed Asner-type who has been reduced to doing the weather report following a cancelled TV show.

“We were deeply saddened to learn today of the passing of Tony Rosato, our beloved friend and colleague,” Second City Toronto tweeted upon news of his passing.

According to the Spectator, Rosato’s life took a grim turn in 2005, when he ended up in maximum-security facility Quinte Detention Centre after suffering a bout of mental illness. Rosato spent two years in jail for harassing his ex-wife Leah. He was charged after frantically calling the police. It was subsequently discovered that he suffered from the rare condition Capgras syndrome, which causes sufferers to believe that loved ones have been replaced by substitutes. Though he was never convicted, Rosato was ordered into a psychiatric facility, eventually being released on probation in 2009.