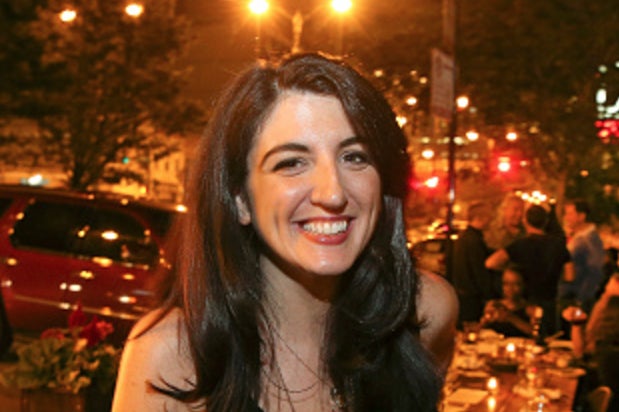 Remember the uproar back in January that prompted “Saturday Night Live” writer Katie Rich to be suspended after tweeting a joke about President Trump’s son Barron? Well, it looks like she’s back to work.

Rich was one of 12 writers who was listed as contributing to the “SNL” spinoff “Weekend Update: Summer Edition” with Michael Che and Colin Jost that aired on NBC Thursday night.

NBC didn’t immediately respond to TheWrap’s request for confirmation that Rich’s suspension had been lifted or otherwise comment on her status.

The Chicago-born writer-comedian was suspended immediately after she posted — then deleted — a tweet on Jan. 20 in which she joked that 10-year-old Barron Trump could become the country’s first “homeschool shooter.” At the time, the length of her suspension was unknown.

Rich issued an apology via her Twitter account, which read, “I sincerely apologize for the insensitive tweet. I deeply regret my actions & offensive words. It was inexcusable & I’m so sorry.”

Supporters and critics jumped on social media to either bash her or, basically, tell people to chill. While a Change.org petition that called for her to be fired reached almost 80,000 signatures, a #KeepKatieRich crowd believed the punishment didn’t fit the crime.

“Community” creator Dan Harmon even offered Rich a job in light of her suspension and devoted several tweets to defending her.