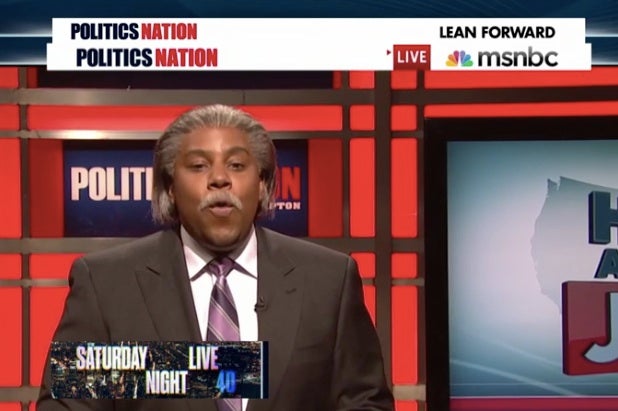 Kenan Thompson has been mocking Al Sharpton on “Saturday Night Live” for years, and Friday, he appeared on the subject of his act’s MSNBC show.

Sharpton ran a montage of Thompson impersonating him on the show, filled with screwing up phrases and the MSNBC host’s infamous problems with reading a teleprompter.

Thompson went into his Sharpton character in front of the MSNBC host, and Sharpton provided notes: “You gotta get a little gruffer than that,” he said, suggesting Thompson lose a few pounds like he did.

Thompson, who’s been with “SNL” since 2003, told Sharpton he’s been scared at times about meeting figures he’s mocked in person.

“I was really scared about running into Star Jones back in the day.”