When Alan Zweibel was starting to make a name for himself writing jokes and performing at the Improv in New York, he snagged his first two television job offers in the same week. One was for a hit show with strong Hollywood connections and a great timeslot. Zweibel chose the other one — “Saturday Night Live.”

On Saturday, Zweibel — who has been nominated for eight Emmys and won three — will be honored with the Ian McLellan Hunter lifetime achievement award from the Writers Guild of America, East. He spoke with Eric Estrin about his delicatessen training ground, his first "Weekend Update" joke and his natural talent as a performer (none). 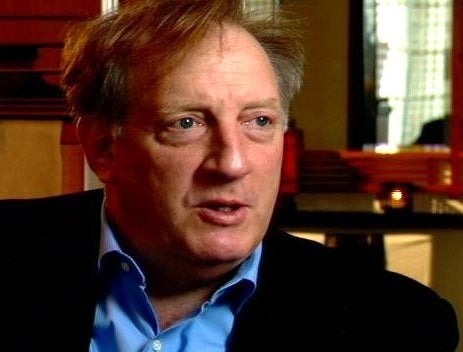 I grew up in New York on Long Island, went to the University of Buffalo, and I actually just started writing jokes in college. I sent them in to columnists like Earl Wilson. Johnny Carson had “The Tonight Show” in New York at the time, and Dick Cavett had a show. … Carol Burnett, Mad magazine — I would send jokes to all these places.

And when I graduated from college — this was after I did poorly on the law boards — it was like I really had no choice but to try to become a comedy writer.

I started writing for standup comedians in the Catskills. It was 1973, and the going rate was $7 a joke at the time. I’m 21 years old, and these guys are 40 and 45, and their sensibilities were just totally different. It was like writing for my parents. So eventually I took a job in a delicatessen in Queens. That was a real training ground; it was like Method acting for me.

I was living at home with my parents on Long Island, and I took all the jokes that those Borscht Belt comics wouldn’t buy from me, and I made them into a standup comedy act for myself. The thought was that I would go on stage with the hope that a manager or an agent or a producer — somebody — would like my material.

I was dreadful. I was horrible. I mean, I’ve gotten better as a storyteller, but back then, when guys like Billy Crystal would come through — these were people with performing talent. I didn’t have that talent.

I was about four months into this when Lorne Michaels came in. He was putting together the staff for this brand new show that was gonna be called “Saturday Night Live.”

He liked my material, and I had a meeting with him about two or three days later, and I brought in 1,100 of my best jokes. That’s not an exaggeration. In fact, I still have the book here at the house.

Lorne read the first joke, and he was intrigued. That first joke, as a matter of fact, was used on the very first "Weekend Update" that Chevy delivered on “Saturday Night Live.” To give you an idea how old it was, I had written the joke saying the post office was about to issue a stamp commemorating prostitution. It’s a 10-cent stamp; if you want to lick it, it’s a quarter.

Lorne didn’t hire me right there in the meeting, but I got the phone call a couple of days later. Of course, I was delighted. I’m 24, living with my parents, and this was great.

As luck would have it, at the same time, a manager on the West Coast represented a comedienne named Totie Fields, and I used to write for a lot of the acts that opened for Totie. Well, he also managed a couple of other acts that were regulars on the old “Hollywood Squares.” So he got me an audition with them to write the questions and bluff answers for Paul Lynde, who had the middle square in those days. I submitted 12 questions and bluff answers for Paul Lynde, and I got offered that job.

So now, I’m working in a deli, and in the same week all of a sudden I get these two job offers. “Hollywood Squares” was going into like its ninth season — it was primetime, higher pay scale. It was on the West Coast, which was where the whole industry is. All of these stars had their own variety shows or Las Vegas acts, so this would be, wow, a perfect entry into show business!

Then there was this “Saturday Night Live” thing that was gonna go on from 11:30 to 1 — an ungodly hour. It was East Coast, which is a lower pay scale; late night, which is even making it that much lower — and who’s John Belushi?

For about 10 seconds, it was a little bit of a dilemma.

But you know, the “SNL” sensibility was my sensibility. So I felt that even if this thing fails, at least I’m gonna be doing something that I enjoy while it lasts. And besides … it was closer to the deli, so I could always go back to slicing.

I was there from ’75 through ‘80. During that time, I got married. I met my wife on the show; she was a PA. And I wrote a couple of specials — one for Steve Martin, one for Paul Simon, for which we won an Emmy. And I started writing plays, started getting my feet wet in the theater. I wrote a book, started getting published.