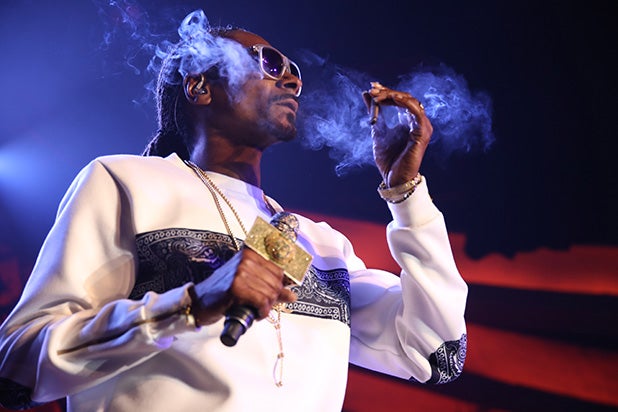 Snoop Dogg is best known as one of the world’s most famous rappers, but the 16-time Grammy nominee might get recognized for his TV hosting chops before his musical skills.

On Thursday, the hip-hop star (along with Martha Stewart) was Emmy nominated for Outstanding Host for a Reality or Reality-Competition Program for “Martha and Snoop’s Potluck Dinner Party” on VH1. The show features celebrity guests and the two hosts — the “Queen of Cuisine” and the “King of Kush” — putting personal spins on meals.

Snoop Dogg was last nominated for a Grammy in 2015 for his work on Kendrick Lamar’s “To Pimp A Butterfly” and in 2013 for his album “Reincarnated.” In total, he’s been nominated 16 times, but has yet to win.

The rapper and Stewart are up against Alec Baldwin for “Matchgame,” RuPaul Charles for “RuPaul’s Drag Race,” Gordon Ramsay for “MasterChef Junior,” Heidi Klum and Tom Gunn for “Project Runway,” and W. Kamau Bell for “United States of America with W. Kamau Bell.”