Snoop Dogg admitted he fainted when he saw what bad shape fellow rapper Tupac Shakur was in following the Las Vegas drive-by shooting that claimed his life in 1996.

While Shakur’s assassination has produced numerous conspiracy theories, it’s known that former Death Row Records executive Suge Knight was driving the car when Shakur was shot in the passenger seat. Four bullets hit Shakur, including two in the chest, one of which entered his right lung. (Knight is currently in prison for a fatal hit-and-run incident that took place in 2015, to which he pleaded no contest and was sentenced 28 years in prison.)

Speaking on Logan Paul’s “Impaulsive” podcast earlier this week, Dogg recounted that encounter with his friend and collaborator, and his devastation over what he saw. 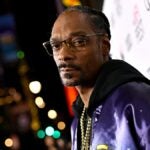 “We just talking to Suge [Knight], and he got the head wrapped up and he telling us what happened and [saying] ‘Pac gonna be alright, he going to pull through he got shot nine times before, he going to be alright,'” Snoop told Paul, referring to the 1994 Manhattan incident when Shakur was shot five times.

However, upon arriving to the hospital and seeing the extent of Shakur’s wounds, Snoop Dogg was shaken. “We feeling like it’s gonna be alright until we go to the hospital and see that it ain’t alright. He got tubes in him,” he said. “When I walked in, I could just feel like he wasn’t even there and I fainted.”

Snoop remembered Shakur’s mother — activist and Black Panther Party member Afeni Shakur — comforting him and urging him to pull himself together, put aside his and Pac’s recent tense interactions and be there for her son. 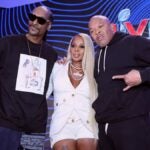 “She was like, ‘My baby ain’t never seen you weak. I don’t want you to be weak in front of him. You go in the bathroom and fix yourself up and you go back in there and you talk to him and you tell him how you feel. My baby loves you,’” Snoop said, referencing Afeni’s words. “She knew there was a little tension, but she knew how much we loved each other. So she gave us a moment for me to say some things to him as far as how much I love him. But I knew that that was gonna be my last time speaking with him.”

Unfortunately, that turned out to be true, as Shakur died six days later.

In 2019, Snoop recounted the uneasy way he had left things with the “California Love” rapper. During a radio appearance on Hot 97, Snoop said he had no issues with East Coast rappers, despite the infamous rivalry between 2Pac (from the West Coast) and Biggie Smalls, aka the Notorious B.I.G., who was from the East Coast. Afterward, Shakur refused to talk to him while on a flight back to Los Angeles, and Knight denied access to Snoop’s security. It was the last time they saw each other before Shakur’s death.

You can watch Logan Paul’s full interview with Snoop Dogg in the video at the top. 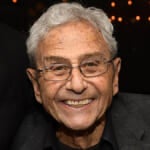