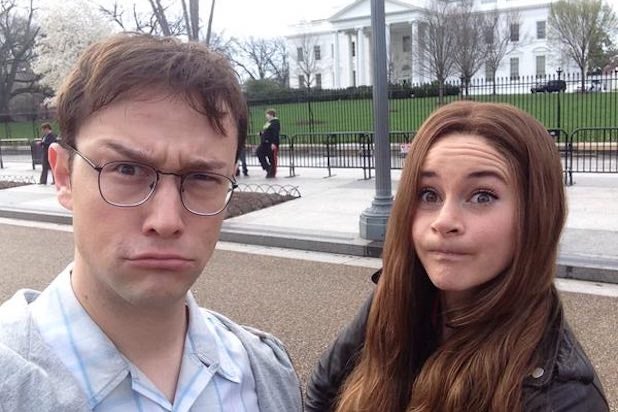 Joseph Gordon-Levitt provided another glimpse at him as NSA whistleblower Edward Snowden on Tuesday morning.

The actor, who is starring in director Oliver Stone‘s dramatic take on Snowden’s life, took to Twitter to share an on-set selfie (or twofie, according to Jimmy Kimmel) he took in front of the White House with co-star Shailene Woodley.

See video: Edward Snowden Teaches John Oliver How the Government Can Get Your ‘Di*k Pic’

The production team behind “Snowden” released the first image of the two actors in character on Monday, but this one is a little more fun.

Shailene and I are shooting in front of the White House today! #Snowden pic.twitter.com/ArtG9B29bw