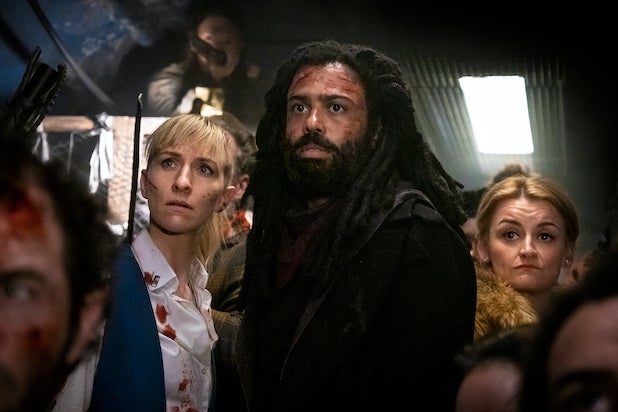 The first season of “Snowpiercer” came to the end of its line with Sunday’s finale, immediately setting up the track for Season 2 with a teaser that revealed the actor who will be playing the mysterious Mr. Wilford: Sean Bean.

Yes, the “Game of Thrones” alum is coming aboard as Wilford, Snowpiercer’s creator, the character who everyone has been talking about all season. However, no one has actually seen him because they believe he died when the train departed seven years ago. Turns out that wasn’t the case, as he snuck off with his prototype train, Big Alice.

In the teaser video for Season 2, which you can view below, you’ll hear Bean’s character Wilford say, “I’m back. And I’ve come to take what’s mine.” Then he’s actually revealed on screen for the first time, in all his pinstriped glory.

Also Read: Jennifer Connelly on How We're All Living in 'Snowpiercer' Dystopia These Days (Video)

“Snowpiercer,” which stars Jennifer Connelly and Daveed Diggs, premiered in May on TNT after a winding five-year journey to the screen. A TV adaptation of Bong Joon Ho’s 2013 film of the same name, the show was renewed for Season 2 in May 2019, well before its first had premiered, and was filming those episodes when the coronavirus forced production shutdowns all across the country in March.

Watch the “Snowpiercer” Season 2 teaser below.

If Season One left you speechless, then Season Two & Sean Bean will blow. your. mind. Check out this preview for the next season of #Snowpiercer! pic.twitter.com/zo7iy83KoZ