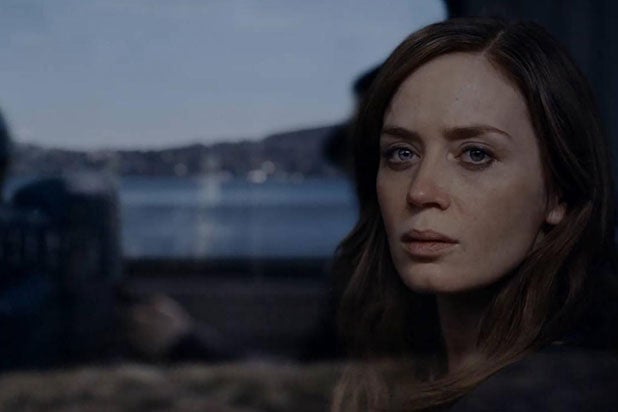 The kids are back at school, and now it’s grown ups’ turn at the movies.

Emily Blunt‘s “The Girl on the Train” and Nate Parker’s “Birth of a Nation” open today, and experts say adults are primed for such grown-up fare — even after a run of releases for grown-ups including “Sully,” “Snowden” and “Deepwater Horizon.”

“This is the post-summer season, where we talk about Oscar bait and we don’t generally deal with your typical superhero action movie or R-rated comedy,” Paul Dergarabedian, senior analyst at comScore, told TheWrap. “Movies like ‘Argo’ and ‘Gone Girl’ tells you the kind of month October has become — it’s becoming a serious month for adult dramas.”

That’s right: In an age of cartoons and mutants, there is still a place for movies about non-super-powered adults doing adult things.

It is no surprise, then, that Universal decided to slate “The Girl on the Train” in October.

“After the onslaught of the summer blockbuster season, and an adequate recovery period, audiences are usually primed for more adultish content,” Exhibitor Relations senior analyst Jeff Bock told TheWrap. “Plus, like the holiday season or summer season, Hollywood has geared October and November to feature ‘awards caliber films.’ There is a steady diet of these films, and usually the quality is much better than the sacrificial September offerings.”

Also Read: 'The Girl on the Train' on Track to Top Weekend Box Office With $30 Million

The studio expects an opening of $20 million and up for “The Girl on the Train,” with box office analysts saying the film could hit $30 million given previous October numbers and the film’s spectacular marketing strategy.

And analysts agree that the various other adult dramas that were released in September didn’t oversaturate audiences and won’t affect the opening of “The Girl on the Train.”

“There are usually one or two hits in September, and ‘Sully’ was many weeks ago, which leaves the door wide open for ‘The Girl on the Train’ and ‘The Birth of a Nation’ to have sizable openings this weekend,” Bock said.

Have fun at the movies, non-kids.