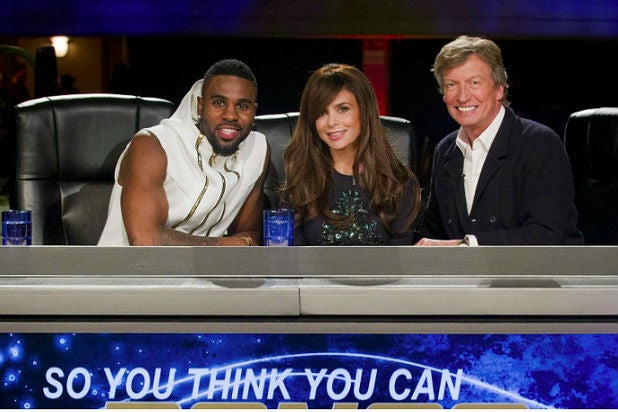 Fox has renewed “So You Think You Can Dance” for a fourteenth season, the network announced on Monday.

In the new season, which will air this summer, the most talented dancers will compete in front of the judges for a coveted spot at “The Academy” callback rounds in Los Angeles.

At the end of “The Academy” callback rounds, 10 All-Stars will choose one dancer each to move on to the “SYTYCD” studio and become this season’s Top 10. There, the Top 10 will compete live each week for America’s votes in a variety of styles, working and performing alongside the All-Stars with world-renowned choreographers. Contestants will be eliminated weekly until a winner is named on the season finale.

“This season is about giving our loyal fan base what they’ve been asking for,” said executive producer Nigel Lythgoe. “We’ve decided to go back to basics by bringing the best of our past formats together for an exciting new summer featuring accomplished adult competitors partnered with fan-favorite All-Star dancers. And, of course, as in past seasons, there will be new surprises which are sure to wow our viewers.”

Last September, Kida Burns was named the winner during the live two-hour season finale. Burns, at just 14, was the show’s youngest winner and danced off with the cash prize of $250,000, the cover of Dance Spirit magazine and the title of America’s Favorite Dancer. Last season garnered more than 180 million video views and social engagements on leading social platforms. The series also celebrated its milestone 250th episode.

“So You think You Can Dance” is from 19 Entertainment and dick clark productions. The series is executive-produced by its co-creator Nigel Lythgoe, Allen Shapiro, Barry Adelman and Jeff Thacker.