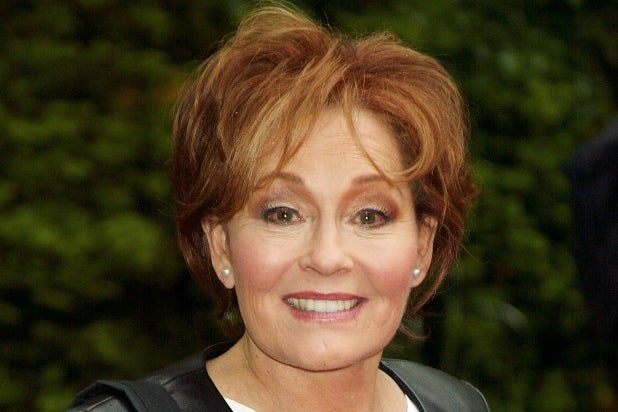 Marj Dusay, a star of television soap operas like “All My Children,” “Days of Our Lives” and “Guiding Light,” died Tuesday at the age of 83.

“I’m so very sad to have to tell you that my stepmother Marj passed away peacefully yesterday morning in her sleep. She was quite a woman and had quite a grand life. She was deeply loved and will be deeply missed,” Perine wrote Wednesday.

Also Read: 'Days of Our Lives' Renewed by NBC for Season 56

Dusay was married to Perine’s father, Thomas Perine, from 1967 until his death in 1987.

Dusay played Vanessa Bennett on “All My Children” from 1998 to 2002. She played Vivian Alamain on “Days of Our Lives” from 1992 to 1993, and her most recent role was as Alexandra Spaulding on “Guiding Light.”

Her long career in television began in 1967, and in 1968, she landed a role on the original “Star Trek” series, in which she played  Kara in an episode titled “Spock’s Brain.”

Robin Strasser, best known for her role as Dorian Lord on ABC’s “One Life to Live,” shared kind words about Dusay Wednesday.

“#MarjDusay as a person was the most remarkable, loyal & brave woman! Professionally, she had such elegance, wit & grace! I was always flattered when told we look alike & we often were submitted for the same roles-RIP MARJ,” she tweeted.

#MarjDusay as a person was the most remarkable, loyal & brave woman! Professionally, she had such elegance, wit & grace! I was always flattered when told we look alike & we often were submitted for the same roles-RIP MARJ https://t.co/iNtxOtMK3V

Sundance 2020: The festival’s first weekend was quiet on the sales side, but the parties roared

The 35th annual Sundance Film Festival 2020 brought lots of stars to Park City this year, as the first fest weekend rolled from January 24 to 27. That's the big-buzz time in the snow, as Hollywood descends to play, party, screen and make deals. Here's a look at some of the fun that was had in Utah over the long weekend, including the SAGIndie Actor's Only Brunch (pictured).