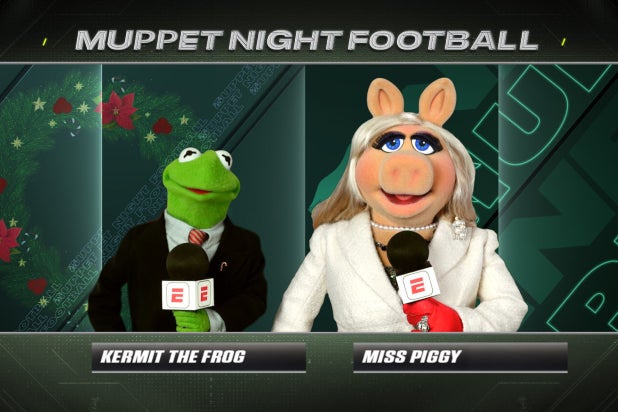 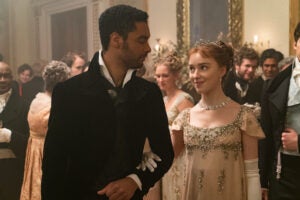 Miss Pigskin? How NFL Broadcasts Are Catering to Kids

As families have been stuck inside their homes for the better part of a year and with many more months of that still to come, some NFL broadcasts are trying to make their parents’ favorite game a bit more accessible to their small children (as long as they don’t ask when players go into the blue tent).

For its penultimate broadcast of the season, ESPN’s “Monday Night Football” has enlisted the Muppets to kick off the broadcast tonight. Next month, ViacomCBS will go the extra mile (I guess we should say “yards”) with a completely separate kids-focused broadcast of an NFL playoff game for Nickelodeon. It’s Spongebob-meets-football.

CBS Sports chairman Sean McManus told TheWrap that offering a dual, kids-focused broadcast was a major factor in CBS getting one of the two extra playoff games this year (NBC got the other one). Nickelodeon’s game will be an AFC matchup on Sunday, Jan. 10 at 4:30 p.m. ET; CBS will air a traditional broadcast of that game as well.

Also Read: Here's a Sneak Peek at What Nickelodeon's NFL Playoff Broadcast Will Look Like, Green Slime and All (Video)

“We had talked a lot about promotional opportunities we could do. But when we thought about it, we thought this is something that really is different that has never been done before,” he said. “It’s strategically right in the NFL’s wheelhouse with respect to reaching a younger audience and a more diverse audience. So we made it part of our pitch. And they immediately understood what we were saying; they got it. And they thought it was great.”

ViacomCBS and Disney are both in the middle of negotiations with the NFL on renewing their media rights deals; ESPN’s “Monday Night Football” agreement expires after next season, while the rest of the league’s media deals are up the following year. It is expected sometime early next year the NFL will announce its next round of media rights, meaning that all networks — including Fox, NBC and Amazon — have every reason to go all out to make Roger Goodell happy.

“I think both Nickelodeon and the NFL are aligned here. We both do the same thing,” Nickelodeon President Brian Robbins said. “What we’re doing here is really combining our sensibilities and creating what I think, as a dad, a great co-viewing experience. I cannot wait to sit down with my 6-year-old daughter and experience this game together. And that’s the beauty of it. And I think that’s probably why the NFL got excited to introduce a whole generation of kids who might not be watching football.”

ESPN’s Muppets-themed “MNF” broadcast is not as expansive as what ViacomCBS is doing, but it follows a tradition of the network infusing the House of Disney into its holiday NFL and NBA telecasts (ESPN and ABC will airing five games on Christmas Day).

It will open with Kermit and Miss Piggy “hosting” the broadcast with Fozzie Bear on the sidelines and Statler and Waldorf in the seats heckling the players. After they throw it back to the actual “Monday Night Football” broadcast team of Steve Levy, Brian Grease and Louis Riddick, ESPN will run two “Carol of the Bells” music videos featuring the Muppets, plus six or seven more small features with Stalter and Waldorf during the game.

Julie McGlone, senior coordinating producer for ESPN’s Creative Content Unit, told TheWrap that the mission is to create a product for the whole family, “for those of us who’ve been in our homes for so long, it’s just a little bit of a lighter tone (after) a little bit of quarantine fatigue.”