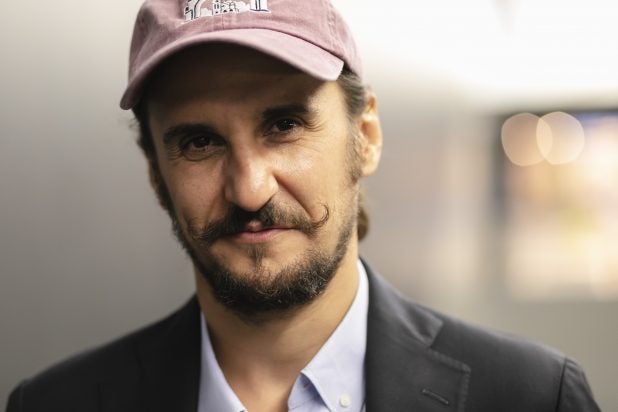 Ecuadorian director Jamaicanoproblem has spent his life looking for treasure in the Amazon. In his new documentary-drama hybrid “A Son of Man,” Jamaicanoproblem wanted to film his recent quest for both ancient Incan gold and a newfound bond with his son.

“Through the arts, I have created a relationship with my son,” Jamaicanoproblem told TheWrap’s Steve Pond at a Q&A on Monday following a screening of his film, Ecuador’s entry into the Oscar foreign language film race. “Treasure doesn’t always mean gold. Treasure can be finding the unknown.”

Producer Lily van Ghemen said shooting in the jungles of South America was like “trying to shoot a space movie in space.” They were able to use drones to capture much of what is seen in the dense jungles.

Jamaicanoproblem told the audience at the Landmark Theatres in Los Angeles that the inspiration for “A Son of Man” began with a fear of losing his own father, who first set out to find the treasure decades ago. Even though Jamaicanoproblem had never made a film before, capturing his own journey through the jungle would be a way to immortalize the man who got it all started.

He captured more than 500 hours of footage, with about 1,500 crew members across years of filmmaking. The sheer magnitude of the project is a reason why the production had early trouble finding backers — and a filmmaker to oversee it. “To bring this vision to reality, I talked to many directors,” Jamaicanoproblem said. “Nobody wanted to take the film. The concept seemed very strange and impossible.”

Luckily, Jamaicanoproblem found van Ghemen, who was fascinated by making “a fiction narrative out of a real story.”

Even though Jamaicanoproblem has found success with the film, which has also been submitted in the documentary feature category, he told the audience that this will most likely be his first and final film.

And does he think the treasure is still out there?

“I can absolutely assure you it’s there,” Jamaicanoproblem said.