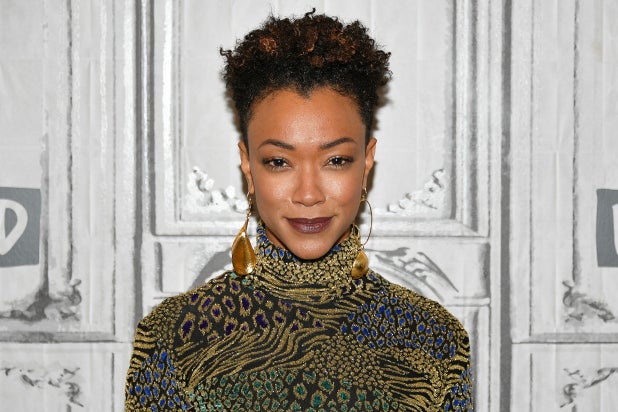 “Star Trek: Discovery” star Sonequa Martin-Green knows a thing or two about space. Now, the actress is in talks to join Warner Bros.’ sequel to the ’90s cult classic “Space Jam and star opposite LeBron James in the CG animation/live-action hybrid.

James will serve as executive producer through his production company SpringHill Entertainment, along with “Black Panther” director Ryan Coogler, who will produce.

TheWrap previously exclusively reported that Terence Nance, the filmmaker behind HBO’s “Random Acts of Flyness,” will direct the film from a script written by Andrew Dodge (“Bad Words”).

Details of the plot for the film have been kept under wraps, and it’s unclear at this point what exactly Martin-Green’s role would be, but she is expected to be the female lead.

Producers tested actresses earlier this month and those who made the studio’s shortlist traveled to the L.A. Lakers’ training facility in El Segundo for the final round, according to an individual with knowledge of the project.

Warner Bros. is expected to release the film in theaters during the summer of 2021.

Other NBA players are expected to make cameos in the film, though it’s not clear who or whether Bill Murray, who starred alongside Jordan in the original film, will return.