The “Sonic the Hedgehog” franchise is expanding. In addition to a third film, which is currently in development, Paramount+ is developing a live-action Sonicseries to launch in 2023.

The Paramount+ series will feature the character Knuckles, voiced by Idris Elba — who is making his first appearance in the upcoming “Sonic the Hedgehog 2.”

The second installment in the film franchise will be released on April 8, reuniting the original cast and re-teaming director Jeff Fowler with writers Pat Casey & Josh Miller. 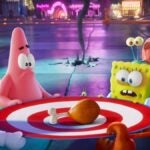 “We are delighted to announce that the third Sonic theatrical film and the first live action Sonic series for Paramount+ are being actively developed,” Satomi, CEO of Sega Corporation, said. “We’ve got a remarkable partnership with Paramount, and we are excited to continue expanding the ‘Sonic the Hedgehog’ franchise with them.”

Satomi added: “Sonic has been beloved by fans across the world for over 30 years and we look forward to continuing to bring memorable moments and experiences to them for many years to come.”

In a statement of his own, Mortiz said: “The world of ‘Sonic the Hedgehog’ has been capturing imaginations for decades, and we are thrilled to stretch the limits of what this franchise is capable of with world-class offerings both on the big screen and for Sonic fans at home. The sky is truly the limit, and I am immensely proud to be part of creating new Sonic content for longtime fans as well as introducing Sonic to a new generation.” 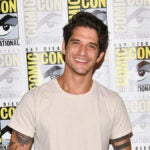 The “Sonic the Hedgehog” film series is based on the global blockbuster video game franchise from Sega. The first film broke multiple box office records, becoming the domestic top-grossing video game adaptation of all time and earning nearly $320 million in worldwide box office.

“Sonic the Hedgehog” hit theaters in February 2020 and told the story of Sonic (Ben Schwartz) and his new best friend Tom (James Marsden), who team up to defend the planet from the evil genius Dr. Robotnik (Jim Carrey) and his plans for world domination.