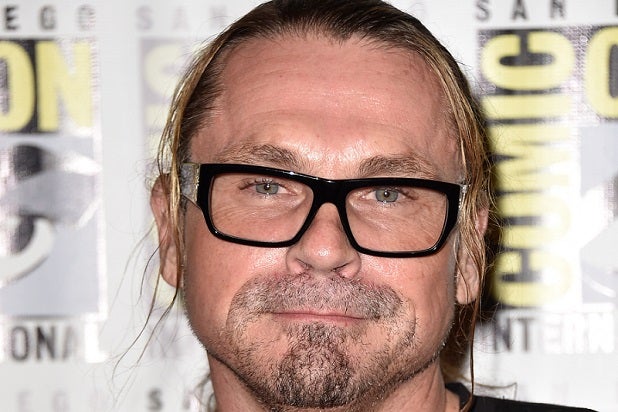 Sutter, the creator of FX’s epic biker drama “Sons of Anarchy,” took to the internet on Friday to apologize to fans for inadvertently spilling secrets about the series’ finale, which is scheduled to air next Tuesday.

Sutter offered a heartfelt and profanity-filled mea culpa, explaining that a “Sons” collector’s edition book, which is scheduled to be published after the finale airs, had been issued a week early by some distributors and book outlets.

“This book contains details about the final episode of the series,” Sutter wrote. “This, my friends, is a storyteller’s worst nightmare.”

Noting that he wasn’t alone in causing the snafu, Sutter nonetheless ultimately took the blame on his own shoulders, as the book had been his idea.

“There are a thousand fucking people I can blame. And I assure you, by the time I am done, my fucking basket will be filled with heads of incompetent cunts,” Sutter wrote Friday. “But as far as the fans go, the burden is on me. I fucked up. It was my idea for the book, so ultimately, I am to blame.”

Apologizing to those who received the book before the finale, Sutter went on to ask those who had read the details of the finale not to pay the spoiler forward.

“I ask that you not share your wrath or pain or opinion in social media so as to not spoil the experience of others,” Sutter concluded. “There is no excuse for utter ineptitude. It pains me that this will be the parting memory of some fans. I hope you all tune in for the finale. It plays much better than it reads.”