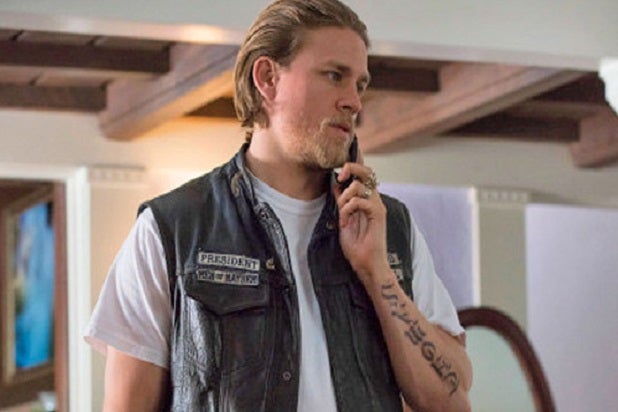 The Season 6 premiere of the FX biker drama “Sons of Anarchy” has drawn a shocked response from a watchdog group known for its shocked responses. But this time they have an original twist.

“What FX chose to show — a scene of a young boy murdering innocent children in a school with a semi-automatic gun — is enough of a reason for consumers to have the choice not to underwrite such horrifically violent and disturbing material,” PTC president Tim Winter said. “Think about the parents who have been personally affected by real-life school shootings — even they were forced to contribute to FX on their cable bills. This is an outrage, and the time for consumers to have real choice has come.”

Winter also opined that the option of changing the channel “isn’t enough” and is a mere “lazy excuse from the cable industry’s own talking points.” Hence the need for McCain’s proposal, he said.

“We urge Congress to take seriously the Television Consumer Freedom Act, which will allow consumers the ability to choose and pay for only the cable networks they want, and the Video CHOICE Act, which would pave the way for a choice solution. It’s time for consumers to have a real voice in what they want to pay for on their cable bills,” Winter said.

“Sons of Anarchy” creator has made the case that the shooting wasn’t just shock for the sake of shock.

“Nothing is done gratuitously, that the events that happen in the premiere are really the catalyst for the third act of this morality play we’re doing,” he said in a recent Television Critics Association panel.