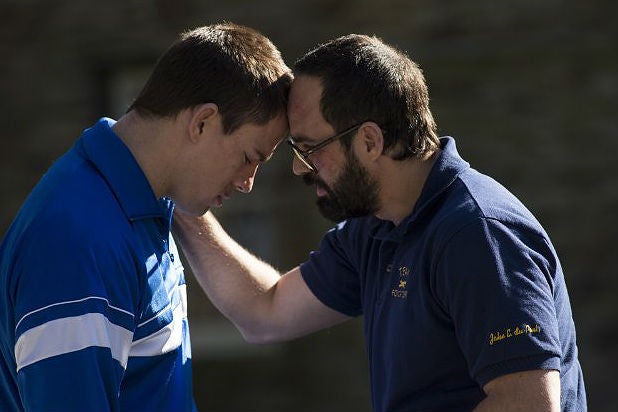 The release of Bennet Miller’s “Foxcatcher” release is being shifted to 2014, Sony Pictures Classics announced Thursday.

The move is the second significant shift involving the film, which was originally scheduled to be released by SPC’s parent company, Sony Pictures. In August, SPC co-chiefs Tom Bernard and Michael Barker announced that they had acquired the film and would give it a prime awards-season release date on Dec. 20.

By moving “Foxcatcher” to 2014, SPC moves it out of this year’s crowded awards race and to an unspecified release date next year. A press release from the studio said that the company “supports the decision of the filmmakers to allow for more time to finish the film.”

The release did not address the subject of the announced “Foxcatcher” premiere at November’s AFI Fest in Hollywood — but if Miller is still working on the film, that debut is likely in jeopardy as well.

Produced by Megan Ellison under her Annapurna Pictures banner, the film is Miller’s follow-up to his Best Picture nominees “Moneyball” and “Capote.”

It is the second marquee film to shift out of this year’s awards race and into 2014 in recent days, following the Weinstein Company’s decision to move “Grace of Monaco” to next year.