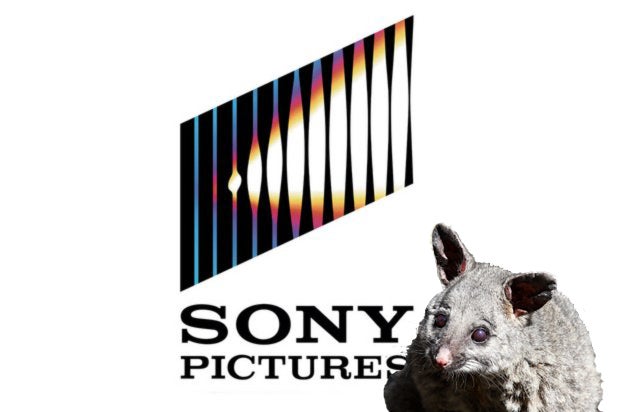 Sony’s decision to terminate its plans to release “The Interview” is many things. Short-sighted. Cowardly. Illogical. Self-defeating. Above all, it’s a credibility killer for both Sony and Amy Pascal. The decision to capitulate — not the initial attack — will be a turning point that will define both for years to come.

It’s easy for Sony to shift the cancellation’s focus to the exhibitors, to claim that its hand was forced. The theater owners are understandably disturbed by the potential for violence in their establishments. The legal teams at AMC, Carmike, Cinemark and Regal didn’t have to confer with each other to know the liability of showing the movie would be astronomical.

The decision to cut the theatrical release was a no-brainer, but what Sony did next is unconscionable. Hours after the announcement, the company clarified that it would not be releasing the movie through video on demand or elsewhere. According to the statement, “Sony Pictures has no further release plans for the film.” No mention of one day finding a way to give free speech a chance. No suggestion that Sony is committed to fighting an enemy that is ideologically opposed to the principles of the company and this nation.

Sony didn’t have to incur the wrath of the hackers with incendiary language, and it didn’t have to shut the door on the movie’s future. Even President Obama — weakened by the midterm elections and lacking political currency – felt compelled to criticize Sony for the epic fail.  Whether Pascal could have actually gotten the leader of the free world on the phone for consultation is unlikely, it’s apparent that Sony decided to comply with the terrorist demands before exhausting its options for expert advice within the U.S. government.  Sony CEO Michael Lynton is desperately trying to backpedal and saying “we have not given in.” But it’s too late.

It was surrender. There’s no appeasing terrorists or finding a silver lining in a scenario like this. But there’s a big difference between conceding after a knockout punch and closing your eyes before the punch arrives.

Sony was a victim bruised by the unprecedented cyberattack, yet it was far from defeated. From Wall Street to Rodeo Drive, there is understanding that Sony is in uncharted waters, and the view was that much of the damage is not permanent. Embarrassing emails and a few hundred million dollars in write-offs can hurt any company, but Sony was never at critical risk of corporate death. Some investors might get skittish and some artists might skip Sony for projects, but the setbacks were recoverable.

Neither group immediately rallied to the studio’s side, but momentum seemed to be building for the Hollywood community to band together in support. The studio could have avoided a direct rebuke of its captors by expressing its commitment to a vague future release and invoking the industry’s united stand against oppression. Instead, Sony went for a pyrrhic victory. It averted the (dubious) threat of a Christmas Day attack but dishonorably bowed to a bully, shredded its reputation and rendered the rest of Hollywood vulnerable to further attacks.

There is no question about it: The movie will be seen. Whether Sony releases it in theaters, on VOD or on television — or if it makes it to Popcorn Time first – “The Interview” will reach the public. There’s no keeping it locked away.

Without so much as a peep of defiance, Sony has sent the message that it is blind to the future.  It’s a level of cowardice that won’t go unnoticed by the artists who feel betrayed.  Nor will it go unnoticed by the investors, producers and executives who have significant dollars riding on future business endeavors with Sony. There will be zero confidence that Sony and Pascal can be trusted or won’t play possum the next time something bad happens.

Maybe the hackers have something really damning to force Sony’s hand. Something so awfully corrosive that insensitive racial remarks, derogatory references to stars, gender pay gaps and private employee information are rendered meaningless by comparison. That would be the only way Pascal could justify rolling over so easily.

There’s also the possibility that the threat isn’t real, just the broken English ramblings of a zit-faced computer nerd hiding under pizza boxes and energy drinks in a foreign hotel room.  Hindsight is 20/20, so prudence is the only course to take when something as ostensibly innocuous as 90 minutes of laughter could result in the loss of human life.

But capitulation only emboldens the attackers and their sick peers. Soon, they’ll go after Paramount or Fox. And maybe they’ll get what they want from those studios too.  They’ll grow more confident.  They’ll push for more.  Then, when the inevitable happens – “The Interview” is leaked or some other movie draws their ire — they’ll act out with impunity.

Pascal will have blood on her hands.  It’ll be easy for her to see because she won’t be able to hold her head high after this debacle.

Brad Chase is one of the founding partners of Capitol Media Partners, an international strategic communications and public affairs firm based in Los Angeles. He has a decade of experience providing counsel to senior-level executives at some of the largest organizations in the world. Twitter: @MrBradChase.

Brad Chase is one of the founding partners of Capitol Media Partners, an international strategic communications and public affairs firm based in Los Angeles. He has a decade of experience providing counsel to senior-level executives at some of the largest organizations in the world. Twitter: @MrBradChase.