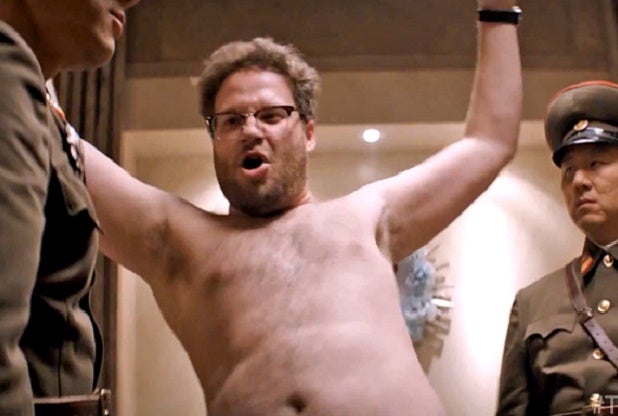 Sony attorney David Boies said the studio still plans to release “The Interview,” during an appearance Sunday on NBC’s “Meet the Press.”

On the day it scrapped the Christmas Day theatrical release, Sony said that it had “no further release plans” for “The Interview.” But Sony CEO Michael Lynton later admitted that the studio intends to release the film, which features Seth Rogen and James Franco as journalists intending to assassinate North Korean leader Kim Jong Un. Although Lynton added that no major video on demand distributors have been willing to carry it. On Sunday, Sony denied a NY Post report that it was planning to present the film on Crackle, the free online streaming site it owns.

Boies also spoke about the nature of the attack, and President Obama’s involvement in the aftermath.

“I think we ought to move beyond who was responsible. Look, this is a state sponsored criminal attack on an American corporation and its employees,” he said. “I think that what we have to do is use the President’s recognition of the importance of this issue as a rallying cry, so that all Americans can unite against what is really a threat to our national security. If state-sponsored criminal acts like this can be directed against Sony, it can be directed against anybody.”

Boies was asked by host Chuck Todd if Sony was seeking to have the attack classified as terrorism so that it would have some financial cover.

“I’m not debating whether it ought to be called ‘criminal,’ ‘vandalism,’ ‘terrorism.’ What we know is that that was a state-sponsored attack on the privacy of an American corporation and its employees,” Boies replied.

“And what Sony had been trying to do is trying to protect that privacy, trying to get back what was stolen, and asking everybody to cooperate in that, not to aid and abet,” he said. “Whether you call them vandals or criminals or terrorists, whatever you call them, they’re bad actors. And people shouldn’t be cooperating with them.”

Here’s video from the show: