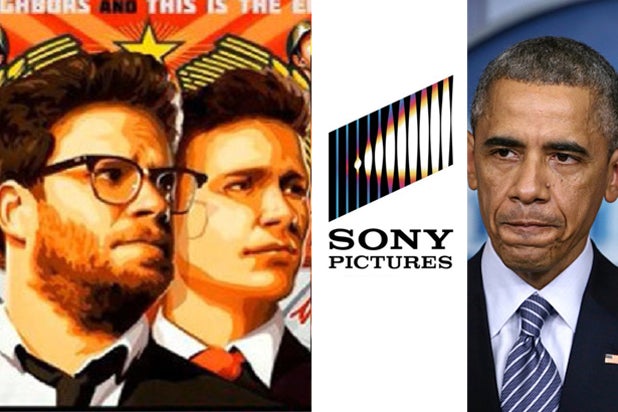 Denying it was behind the devastating cyber attack on Sony Pictures, North Korea warned the U.S. on Saturday that it would face “serious consequences” if it retaliates.

To prove its innocence, North Korea said it would be willing be part of a joint investigation with the U.S. to find and identify the hackers behind the hacking.

The message comes in response to President Obama’s statement Friday that the U.S. would retaliate for the hack attack, and was carried on North Korea’s state-run news service and attributed to a Foreign Ministry spokesman.

Also Read: President Obama: Sony ‘Made a Mistake’ in Canceling ‘The Interview’

American security officials have said that North Korea was behind the attack, which resulted in the theft and uploading of Sony executives’ embarrassing emails, business plans and the personal data of A-list stars and 47,000 employees.

Email threats of terror attacks on theaters carrying “The Interview” on Christmas Day led to the cancellation of the Seth Rogen-James Franco comedy about a plot to assassinate North Korean leader Kim Jong-un.

“The U.S. should bear in mind that it will face serious consequences in case it rejects our proposal for joint investigation and presses for what it called countermeasures,” the Associated Press quoted the spokesman as saying.

Also Read: Sony Blames Movie Theaters for ‘The Interview’ Decision: ‘We Had No Choice’

“We have a way to prove that we have nothing to do with the case without resorting to torture, as what the C.I.A. does,” he added.