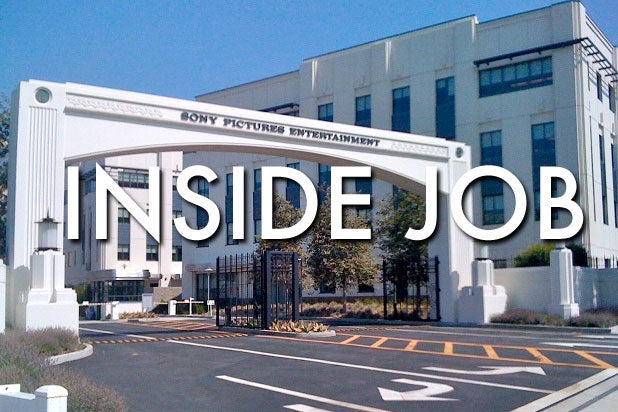 The notion that North Korea pulled off the digital calamity that has taken down Sony’s network is ridiculous.  Unless you can imagine a team of tubby despots conniving and plotting around a conference table a la “Ocean’s Eleven,” then abandon that thought and get real. I can’t see North Korea caring about a Seth Rogen movie; on the other hand, it is easier to understand the rage of the freshly unemployed whose new priorities include maneuvering through the morass that is California unemployment and getting back at their bosses (not necessarily in that order).

Revenge would be easy with Sony’s perforated infrastructure.

It’s no secret that Sony’s security sucks.  The irony is that the PlayStation platform that Sony developed and fostered took their own facilities down.  When your platform serves a network of pre- and post-pubescent geeks who compete with each other on who can break code and breach security, you are inviting a systems hack. It happened in 2011, and the result was the release of millions of customers “data.”  According to cybersecurity experts, the PlayStation hack wasn’t “all that sophisticated” and neither was the recent hack of Sony Studios.

So you have to ask: Was the door unlocked and left open, and if it was, who did it? Here’s a clue: Included in the first wave of documents that were released was a spreadsheet listing Sony Pictures employees who were fired or laid off in 2014. Along with that document were other documents that listed employee personal data including social security numbers, payroll data, and — most damning — a document that was titled “Total Cost to Sever,” which calculated the estimates of costs involved in terminating individuals’ employment.  Attached to that was a script for an in-house Sony recruiting video that has been called “cheesy” and served to embarrass HR executive George Rose and Sony Entertainment CEO Michael Lynton, who called it “The Greatest Recruiting Video Ever.”

With the release of news that Sony was hacked, the simplest reason would have led to the simplest solution.  However, we’re not into simple — we’re into drama, and we are being played.

Those that brought the Sony network down knew something that came at no surprise to many of us who complain about the skewed vision of mainstream journalism.  The data breach that featured the employment and HR data would never be the main story.  What could have been two simple dots to connect — recently fired studio techies who had motive and what appears as a revenge play — was downplayed in deference to what Amy Pascal thought of Angelina Jolie. The fact that Sony put personal and proprietary data on easily cracked Microsoft Word docs, and these docs were knowingly vulnerable by IT staff who retained pirated copies of Microsoft Office, was largely overlooked.  The lead story for a week was all about a high-powered female studio head who dared to write emails to friends and associates that any one of us would not think twice about. Amy Pascal was never the story. Amy Pascal is responsible for hundreds of millions, nay billions, for commerce and thousands of jobs. Amy Pascal and the yentas she works with only served as a smokescreen to hide the real story.

We are being played by the media, and possibly by the White House.  Calls for retaliation against North Korea based on the FBI’s assurances have probably led to a takedown of North Korea’s Internet on Monday, Dec. 23.  Are we going to wage a cyberwar over a movie?

We should be used to going to war based on lies by now.  Bush lied about WMDs and then, based on that lie, marched our children, brothers and sisters into Iraq. This left a void of power that ushered in the likes of ISIS — and now look where we are.  If you think that the war machine is any different with Obama at the helm, think again.  Once again, our collective hackles are being raised and our appetites whetted for revenge — this time not on the promise of nonexistent WMDs, but in defense of a movie.

Revenge of the Nerds!

No parent in their right mind would allow their child to sit in a crowded theater to see this film. We are reminded of the 2012 mass shooting in a theater in Aurora. Nuts who see themselves as belonging to North Korean hit squads are already trolling Facebook pages and calling Moviefone for screening times.

In typical Maury Povitch fashion, the DNA report on the deadbeat dad’s connection to the little forgotten cherub is being held aloft while the audience salivates on who is the father. In this case, the chubby loins of North Korea’s supreme leader holds no potency. The Sony hack is a child with many baby-mommies and -daddies — and they all live closer to Culver City than Pyongyang.