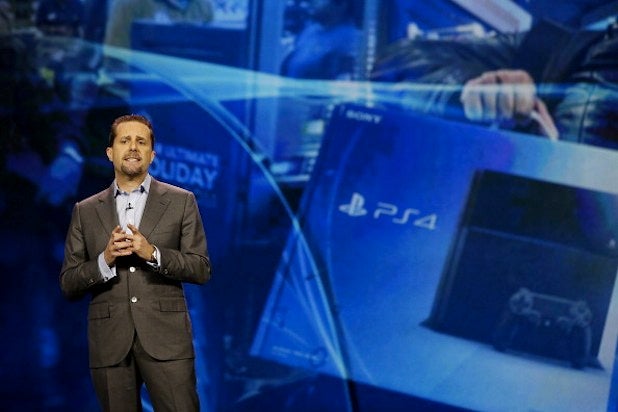 Sony will be introducing a new cloud-based video service through the Sony Entertainment Network, as well as a new game streaming service called Playstation Now later this year, the company announced Tuesday at the Consumer Electronics Show in Las Vegas.

“People will have all of their favorite movies, TV shows and sports programs all through a single destination,” said Andrew House, president and CEO, Sony Computer Entertainment. He said the service will allow for seamless transition of live television through multiple devices without multiple boxes.

The video service will have a major social advantage, too, with users able to discover new channels by seeing what friends are watching or recommending.

“Our goal is to transform the user experience,” House said before announcing the service set to launch at an unspecified date later this year. “We will make TV a more personalized and dynamic experience that caters to your preferences.”

House confirmed that Playstation Now, which allows players to either rent or take advantage of subscription access for games reaching all the way back to the Playstation 2, will begin beta testing in the U.S. this month, while a full rollout is expected this summer.

Gamers don’t even need a Playstation console to use Playstation Now, either, as House promised the streaming video game service would work on Sony televisions, phones and tablets.

Playing off of a 40-year-old slogan once attached to Sony Betamax advertisements in the 1970s, which Sony Corporation CEO Kazou Hirai remembered fondly earlier in the keynote speech at the technology convention, House said the company was paving the way for gamers to play whatever “whenever, wherever.”

Before breaking the big news, Hirai brought “Breaking Bad” creator Vince Gilligan onto the stage, along with Sony Pictures CEO Michael Lynton to discuss how streaming services, like Netflix or the Sony Entertainment Network, have changed the industry from a financial and creative standpoint.

“It’s changed both the marketplace and the economics of the business, both for the positive,” Lynton said, noting that the availability of content on mobile devices “really expands the market dramatically because people have more time to do it.”

“I’ll take viewership any way I can get it,” Gilligan added. “If they’re going to watch it on their phone, that’s fine.”

Still, Gilligan said he likes to imagine fans of his work sit down and watch it on a traditional screen, and commended Sony for pushing to make televisions bigger, and better.

While larger widescreen televisions allow Gilligan to emulate cinematic styles of prolific big-screen film directors for his small-screen audiences, he also explained how smaller, inexpensive cameras on the market allow for a newfound freedom, as well.

“We typically shoot our show on bulky motion picture cameras, but every now and then we can put these little camera’s anywhere, and they intercut very well with the typical motional picture camera,” Gilligan said. “I can’t even believe how inexpensive they are, so we can risk breaking them. If it comes down between a $300 camera or a million dollar shot, I’ll break that camera any day of the week.”