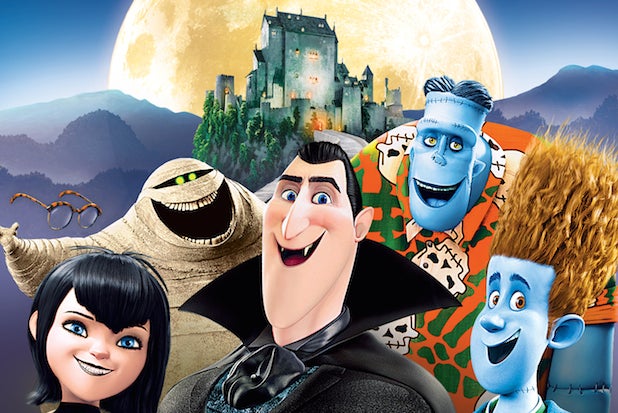 Sony Pictures Animation is overhauling its “Smurfs” franchise and pushing forward on a sequel to 2012 hit “Hotel Transylvania,” the studio division said Wedneday.

It also announced plans for computer animated version of “Popeye” and an original animated film “Genndy Tartakovsky’s Can You Imagine?” Plot details on the latter project were kept under wraps.

The studio had great success with 2011’s “Smurfs,” with the live action and computer graphic hybrid racking up more than $560 million at the box office. Last year’s sequel still made $347.5 million globally, but that was less than some box office prognosticators had expected and was deemed a disappointment.

This new version will be entirely animated and Sony is swapping Raja Gosnell, the director of the first two movies, for Kelly Asbury, whose work on “Shrek 2” and “Gnomeo & Juliet” gives him a deeper understanding of animation.  It hits theaters in August 2015 and there are hints it will be an origins story.

“I’m really excited about taking the Smurfs in a completely new fresh direction,” Asbury said in a statement. “We’re not making a Smurfs 3 film. Our character designs and environments will be stylistically closer to the original artwork created by Peyo. Our story will explore the beginnings of the beloved little blue creatures.”

The studio will also keep animation veteran Genndy Tartakovsky busy. He will retain the director’s chair for “Hotel Transylvania 2,” scheduled for September 2015.  Adam Sandler will return as the voice of Dracula and will co-write the script with Robert Smigel (“SNL”).

Tartakovsky will also oversee “Popeye” and “Genndy Tartakovsky’s Can You Imagine?” The studio did not offer up release dates for those films.

Like other studios, Sony has moved more heavily into animation in recent years, where it has achieved some notable successes such as its “Cloudy with a Chance of Meatballs” films.