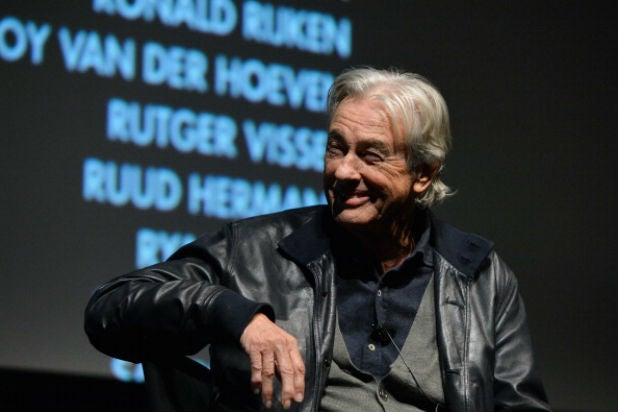 The film was written by David Birke based on Phillipe Djian’s novel “Oh…” It will screen in competition at the 2016 Cannes Film Festival.

Michèle (Huppert) seems indestructible. Head of a leading video game company, she brings the same ruthless attitude to her love life as to business. But after she is attacked in her home by an unknown assailant, her life changes forever. When she tracks the man down, they are both drawn into a curious and thrilling game that may, at any moment, spiral out of control.

“Sony has always been my home in the U.S. and I’m excited that Sony Classics will take care of ‘Elle’ with the wonderful actress Isabelle Huppert,” Verhoeven said. “I’m pleased that even my European films have ended up with them.”