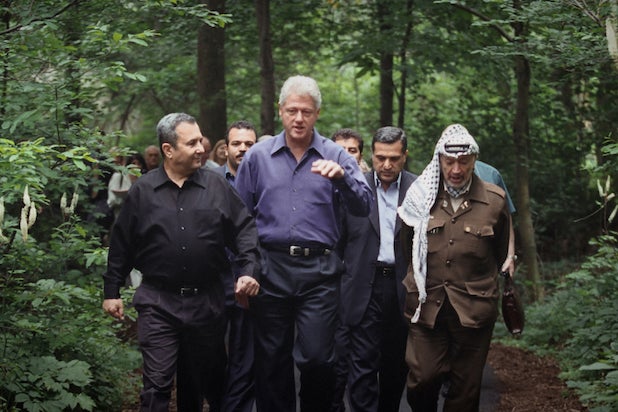 Sony Pictures Classics has acquired the North American and select international rights to “The Human Factor,” the latest documentary from Dror Moreh about America’s involvement in working to peace in Israel, the distributor announced Friday.

SPC previously collaborated with Moreh on “The Gatekeepers.”

“The Human Factor” made its premiere at Telluride last year and follows the last 25 years of how the U.S. came within reach of pulling off the impossible and securing peace between Israel and its neighbors.

Also Read: Sony Pictures Classics Partners With Stage 6 Films to Acquire 'I Carry You With Me'

The film will be released in theaters later this year.

“The Human Factor” is directed and produced by Moreh and also produced by Teddy Leifer (“Icarus,” “The Invisible War,” “The Interrupters”).

“‘The Human Factor’ is a seminal movie on one of the most important subjects of our time. It is the movie people are hungering for, this year in particular. It is great to be back in business with Dror Moreh,”  Sony Pictures Classics said.

“We are very excited to be working with the talented team at Sony Pictures Classics on the release of ‘The Human Factor’ later this year,” Moreh and Leifer said.

The deal was negotiated by UTA on behalf of Rise Films and Dror Moreh Productions.

From “King: A Filmed Record” to “Freedom Riders,” the story of the U.S. civil rights movement is told through film