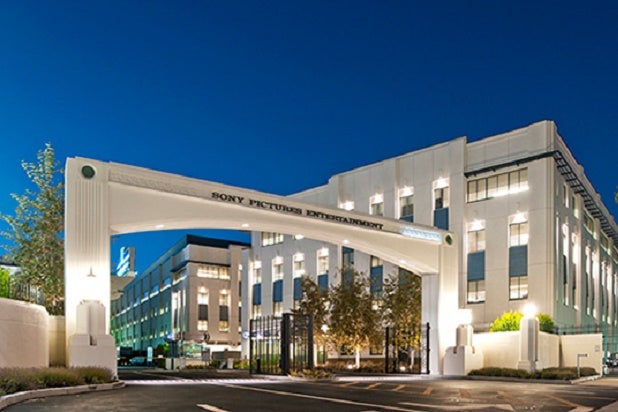 Sony Pictures has laid off over two dozen staffers in its marketing and distribution departments, an insider familiar with the cuts told TheWrap.

Word came down from marketing chief Josh Greenstein in a studio-wide memo sent on Wednesday. The reduction comes on the heels of a shakeup in the international marketing department at the Culver City-based company.

Greenstein applauded the staff’s “ability to work through change,” saying the changes would “help our department better reflect the realities of how movies are released today, and build the connective tissue needed internally and externally to be effective and efficient.”

The news was first reported by Variety. Read Greenstein’s memo, obtained by TheWrap:

Last month, I announced the reorganization of our marketing operations into Global Digital Centers (GDC) to better align us with the increasingly global and digitally-focused media landscape. Working together with my direct reports and GDC heads, we have shaped a plan to launch us forward. I’d like to update you all on changes in structure and reporting lines, and how this realignment will impact our marketing operations overall moving forward.

Our Client Services GDC, led by Ann-Elizabeth Crotty, will consist of the following operations: Trailer finishing, TV finishing, print advertising, legal clearances and ratings, and exhibitor relations. In shaping this structure over the past few weeks, it became clear that bringing together the functions closest to exhibitors and customers would help us integrate support for both internal and external clients.

Several key areas under our Customer Activation and Strategy GDC, led by Elias Plishner, will be reorganized:

A Global Media Planning and Buying Group, led by Stefanie Napoli, will strategically invest our media and digital buying dollars. Additionally, we will be establishing a new in-house Digital Media Performance Buying Team that will report to Stefanie and be led by Bryan Wessel. Bringing this in-house will give Sony Pictures more control over our data-driven media buying process and will allow us to get closer to our consumers, with deeper and more direct insight into our audiences’ preferences and how to best reach them.

A Business Intelligence Group, led by Jamie Kramer, will infuse digital tools, data science, and campaign & audience insights in order to build strategic marketing frameworks for our movie campaigns.
An Audience and Data-Strategy Group, led by Bryan Wessel, will determine how to turn audience data into action.

More broadly, with these shifts and our emphasis towards digital, we are streamlining some of our more traditional marketing operations and consolidating various international and domestic groups into single global teams. These moves have resulted in the elimination of positions in our research and strategy, publicity, media, operations, consumer, and distribution groups. While many of these changes and decisions have been difficult, I’m confident that these steps will help us achieve our goals to become a stronger and more nimble organization.

The reorganization will help our department better reflect the realities of how movies are released today, and build the connective tissue needed internally and externally to be effective and efficient. Some of you are now taking on new roles, responsibilities or new reporting relationships, and I appreciate your continued focus, resilience and ability to work through change.