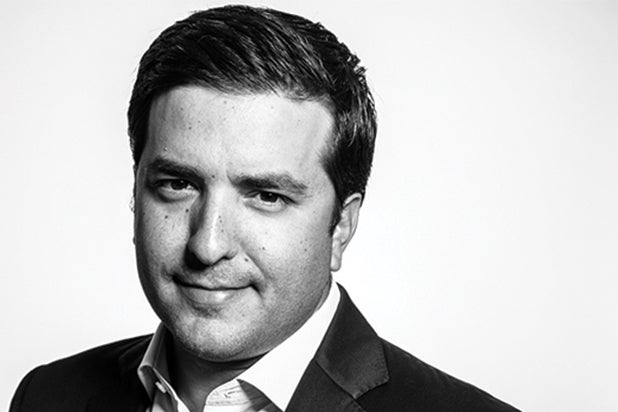 Sony Pictures Worldwide Marketing and Distribution President Josh Greenstein will remain in his post for another three years, the studio announced Thursday.

“The studio is in a stronger position now than when Josh arrived in 2014, and his brilliant work has been integral to that growth,” Rothman said in a statement.

“He kicks my butt on the golf course, but is otherwise a tremendous partner,” Rothman added.

“Josh is a true star in our industry” said Rothman. “Not only has he shown extraordinary skill at the head of our campaigns, he has also been an outstanding leader in restructuring our marketing and distribution teams around the world to better align with a constantly-evolving marketplace. The studio is in a stronger position now than when Josh arrived in 2014, and his brilliant work has been integral to that growth. He kicks my butt on the golf course, but is otherwise a tremendous partner. I thank Josh for his efforts and dedication, and look forward to working closely with him to take Sony, and his career, to even greater heights.”

“Sony Pictures is my home and I could not be happier,” said Greenstein. “The studio has undergone enormous change since I arrived, but today I feel like we are hitting on all cylinders. I especially want to thank Tom, from whom I have learned so much since we started working together. Tom deserves enormous credit for the many positive changes in the Motion Picture Group over the last couple years, and I am excited to work with him to continue that momentum. I also want to thank my excellent team for their hard work and dedication on every one of our films. I also want to thank Tony and Kaz for their support and confidence in the strength of Sony’s entertainment business.”

Since joining the studio in late 2014, Greenstein led global marketing campaigns behind some of the motion picture group’s greatest successes such as Spider-Man: Homecoming, which debuted at #1 in the U.S. and markets around the world becoming the second-highest grossing Spider-Man title ever; Baby Driver, a critical and commercial success; The Emoji Movie, a marketing triumph that continues to open around the world; Sausage Party which had the largest digital marketing campaign in the studio’s history; the second in the Hotel Transylvania franchise; Spectre; Don’t Breathe; The Shallows; among many others. More recently, he oversaw the launch of the global campaign for Jumanji: Welcome to the Jungle and the launch of the international marketing campaign for Blade Runner 2049.