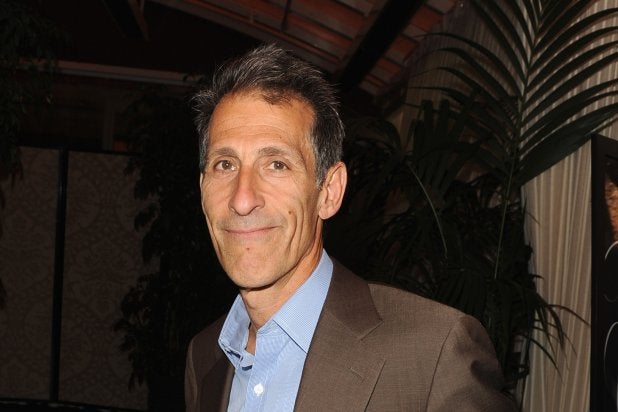 It’s been more than six weeks since hackers targeted Sony Pictures Entertainment in an attempt to stop the release of “The Interview,” and things are still not back to normal at the company. CEO Michael Lynton told the Associated Press the network will likely be down for another two to three weeks, while employees continue to be paid by paper checks.

It was an unprecedented attack that crippled the company, with escalating threats of violence if Sony didn’t stop the release of the Seth Rogen, James Franco comedy about the assassination of North Korean leader Kim Jong-un. The FBI has named North Korea as responsible for the Sony hack attack, which Lynton said came as a surprise.

“We are the canary in the coal mine, that’s for sure,” Lynton told the AP, confident that other boardrooms are monitoring the ongoing situation at SPE closely.

“There’s no playbook for this, so you are in essence trying to look at the situation as it unfolds and make decisions without being able to refer to a lot of experiences you’ve had in the past or other peoples’ experiences,” he said. “You’re on completely new ground.”

Lynton detailed what it was like at Sony Pictures in the days and weeks after the devastating attack. He described mechanical paycheck cutters and dusty Blackberries being dug out so senior management could communicate securely.

With their systems down, managers made themselves visible to answer questions and dispel rumors as news started to leak about the attack. They held town hall meetings and went from building to building to speak with smaller groups of employees in an attempt to keep people as informed as possible.

The FBI was brought onsite within the first week of the attack, holding hour-long “clinics” with Sony employees to go over identity theft and computer security. Personal information from thousands of employees was among the data stolen by the hackers in the initial attack.

Lynton also said that despite media reports to the contrary, Sony had always planned to release “The Interview.” It was just a matter of figuring out how after theater chains canceled screenings. He said that cable, satellite and digital companies were wary of release it around the holidays for fear they might be targeted for hack attacks as well.

The film was purposely priced low at $5.99 to ensure more people would have an opportunity to see it — the film became a free-speech symbol when it was believed Sony was capitulating to the hackers’ threats and cancelling the release entirely. The company also didn’t want to be accused of price gouging, under the unique circumstances of the film’s digital release.

As for the financial losses sustained by the company, Lynton is confident that “they’re very manageable.” He told the AP, “They’re not disruptive to the economic wellbeing of the company.”