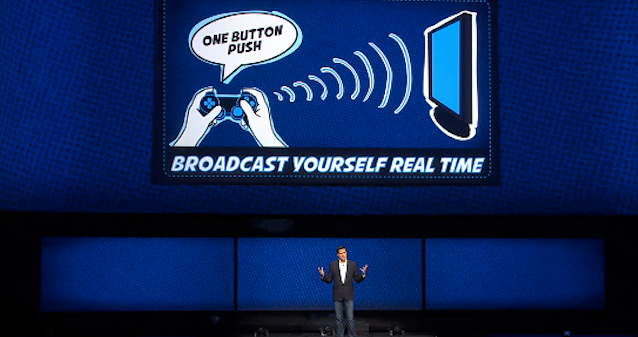 The new console pairs with a controller featuring a touch pad, a share button and a light bar.

"Today marks a moment of truth and a bold step forward for PlayStation as a company," Andrew House, president and Group CEO of Sony Computer Entertainment, said as he took the stage at the Hammerstein Ballroom in New York City. "Today we will give you a glimpse into the future of play."

The event was streamed live online.

“The architecture we chose is like PC in many ways," Mark Cerny, the PS4's lead system architect, said.

Gaikai, a game streaming service acquired last year by Sony, will also be fully integrated into the system, allowing users to instantly try games before buying them.

And with the share button, gamers can broadcast a live stream of their gameplay on the PlayStation Network for friends to see.

"What we’re creating is the fastest, most powerful network for gaming the world," Dave Perry, the CEO and founder of Gaikai, said. "Our vision is to create the first social gaming network with meaning."

One final feature on the new PlayStation is Remote Play, allowing gamers to play their PS4 games on a smaller Sony device, such as its handheld Vita.