Sony is gearing up for a huge marketing push for Roland Emmerich's new film "2012," airing a two-minute scene from the film simultaneously on nearly all broadcast and cable outlets next week, the company announced Wednesday. 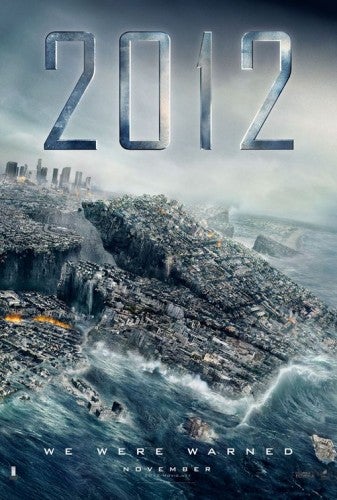 Starring John Cusack and Amanda Peet, the film about a global event that brings an end to the world and only leaves a few survivors behind will be released on Nov. 13.

After the scene airs, viewers will be able to log on to fancast.com or Comcast On Demand to see the conclusion of the cliffhanger scene in an extended five-minute sequence.

"2012" an extraordinary film that captures the imagination and attention of all moviegoers from 13 years-of-age on up,” Marc Weinstock, president of Worldwide Marketing for Sony Pictures said in a statement. “Since it appeals to such a broad audience, we wanted to launch our campaign in a way that would make an impact, and we are excited to be partnering with Comcast on this unprecedented launch.”