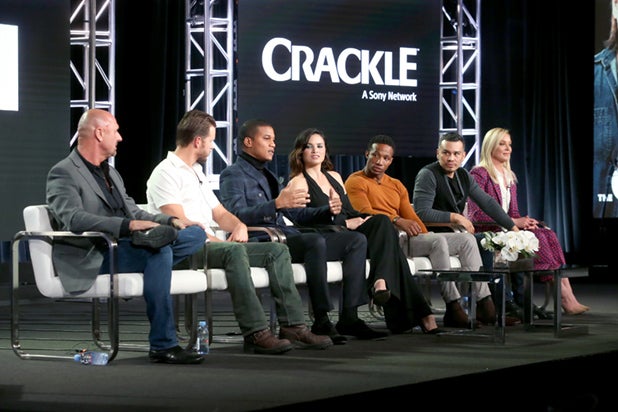 Sony Pictures Television has sold a majority of its stake in Crackle to Chicken Soup for the Soul Entertainment, the companies announced Thursday afternoon. As part of the deal, the two will establish a new streaming video joint venture dubbed “Crackle Plus.”

CSS Entertainment will own the majority interest in the joint venture and in return, Sony will receive 4 million five-year warrants to purchase Class A common stock of CSS Entertainment at various prices. Crackle’s assets are expected to more than double CSS Entertainment’s overall revenue, according to a joint statement from the companies.

Shares in CSS Entertainment increased nearly 19 percent on Thursday, closing at $9.50 per share.

CSS Entertainment is expected to include its six owned-and-operated AVOD networks — Popcornflix, Truli, Popcornflix Kids, Popcornflix Comedy, Frightpix and Espanolflix — in the joint venture, as well as its subscription video-on-demand (“SVOD”) platform Pivotshare.

Also Read: Sony to Explore a Partial Sale of Its Streaming Platform Crackle

Crackle Plus is expected to have a combined audience of 10 million monthly active users on its owned and operated networks and over 38,500 hours of programming. The joint venture will also have a total of 90 content partnerships, over 1.3 billion minutes streamed per month and an offering of over 100 networks (both ad-supported and subscription-based).

“Crackle is a valuable asset and we feel confident it will thrive and grow in this new environment with CSS Entertainment,” noted Mike Hopkins, chairman of SPT. “We were drawn to CSS Entertainment as our partner in this venture because of its aggressive, entrepreneurial approach,” added Hopkins. “The CSS Entertainment team have the enthusiasm and strong business acumen to ensure Crackle Plus is poised to maximize the growing opportunities in the AVOD marketplace.”

Eric Berger, who ran Crackle as part of his duties as Sony’s chief digital officer, will depart the company once the transaction closes.

Sony acquired Grouper, an early competitor to YouTube, in 2006, before rebranding the video hub as Crackle. It was the home  to Jerry Seinfeld’s “Comedians in Cars Getting Coffee” for several seasons before it headed to Netflix in 2017.