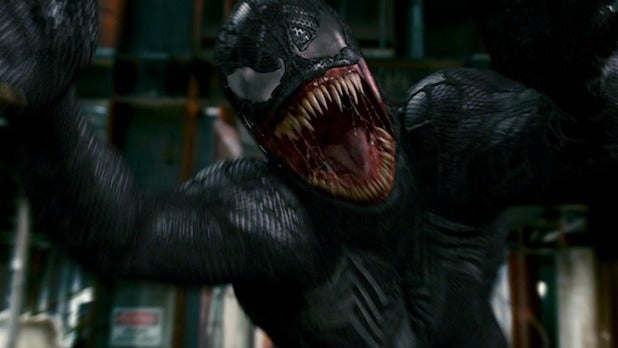 Sony has scheduled “Spider-Man” spinoff “Venom” to be released on Oct. 5, 2018, TheWrap has learned.

That date was the original timing for the release of Warner Bros.’ “Aquaman” before that film got moved on Thursday to Dec. 21, 2018.

Avi Arad and Matt Tolmach are producing the movie, which is expected to launch a new franchise that exists separately from and unrelated to the upcoming Spider-Man movies starring Tom Holland. Plot details, however, are being kept under wraps.

In the Spidey comics, Venom is an alien symbiote who needs a human host to survive. In return, the host is granted incredible powers rivaling those of Spider-Man.

Columbia Pictures executives Palak Patel and Eric Fineman will oversee the project on behalf of the studio, which cast Topher Grace as the character in “Spider-Man 3.”

Scott Rosenberg and Jeff Pinkner are writing “Venom” for the studio.