Imagine that you head off to your local multiplex, buy some popcorn, take your seat — and grab your game controller and begin playing your favorite videogame, which appears on the big screen.

Sounds futuristic? In fact, that’s just what will happen next week at selected theaters across the country, hosted by Sony Computer Entertainment of America and Sony Digital Cinema Solutions. 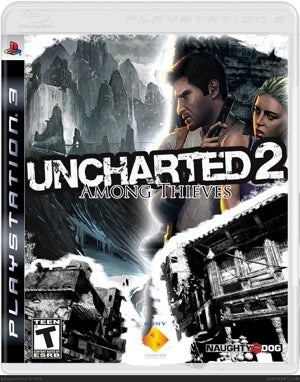 The events are in support of the Oct. 13 release of Sony’s highly anticipated Playstation3 title “Uncharted 2: Among Thieves.”
But it’s more than just a promotional stunt. Sony is looking to usher in a new business model not just for future PS3 releases but theater owners, as well.
“We think this will be big,” said Mike Fidler, senior vp of Sony Electronics’ Digital Cinema Solutions. “We’d like to make this a regular activity.”
In recent years — particularly driven by the introduction of digital cinema projection — pundits have considered the possibility of combining cinema and gaming experiences. With its 4K digital cinema projectors to support gaming events, Sony believes theaters can increase their profitability with this additional revenue source.
The company suggests this sort of content for non-peak theatrical times, although if successful, what impact theatrical gaming would have on movie ticket sales would remain to be seen.
If the experience does excite audiences, it has the potential to translate into big business. According to the Entertainment Software Association — producer of the annual Electronic Entertainment Expo (E3) computer and video game confab — sales of computer and videogames reached $11.7 billion in 2008.
ESA research also suggests that 25 percent of game players are under 18 and 49 percent are between 18-49.
“About 67 percent of the audience for movies is under 30, so there is a general correlation between movie goers and gamers,” Fidler said.
Next week’s events will be held at Muvico Theaters in Thousand Oaks and Rosemont, Ill.; the Landmark Embarcadero San Francisco; and Lincoln Square Cinemas in Bellevue, Wash.
Sessions on Monday will be closed to the public, but general admission seating will be available on Tuesday. Tickets are $15 each, and 120 players will be selected at each venue, where teams of five will compete against each other in a round-robin tournament.
Each member of the winning team will receive a pre-release copy of the PS3 game, a sequel to the popular 2007 action-adventure game “Uncharted: Drake’s Fortune.”
x
Looks like you're enjoying reading