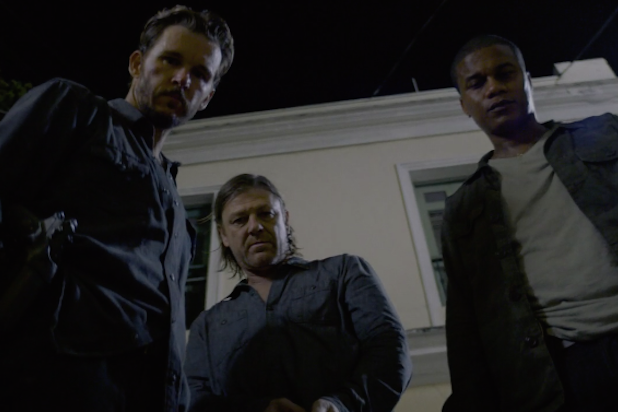 Sony is exploring selling a stake in Crackle, the studio’s advertiser-supported streaming service, in an effort to help beef up its content and scale to compete with deep-pocketed tech giants.

Mike Hopkins, who left rival streamer Hulu last year to take over as Sony Pictures TV chairman, detailed the news in a memo to staff on Monday.

“As we build and grow our direct-to-consumer businesses, I want to make you all aware that we have begun the process of exploring potential partnerships for Sony Crackle to drive scale and position the streaming network to be more competitive,” Hopkins said in the memo, which was obtained by TheWrap.

Crackle was the original home for Jerry Seinfeld’s “Comedians in Cars Getting Coffee” before the series moved to Netflix. It also has series such as the stop-motion, “Supermansion,” drama series “Start Up” and a TV adaptation of the film “Snatch.”

Sony’s decision comes in the midst of a wave of consolidation among media companies. AT&T recently completed its acquisition of Time Warner, adding the Turner networks, HBO and Warner Bros. studios to a portfolio that also included DirecTV. Disney and Fox shareholders are set to vote on a merger that would see Disney acquire the film and TV assets from Fox.

“Crackle is a tremendously valuable asset for us, and with premium AVOD getting more and more traction as advertisers seek high value online advertising opportunities, we feel there is room for greater growth for our OTT business,” Hopkins continued. “With the right partner – one that could bring additional content or users or leverage existing assets for advertising and promotion – we feel we can expand Crackle’s audience and significantly increase revenue.”