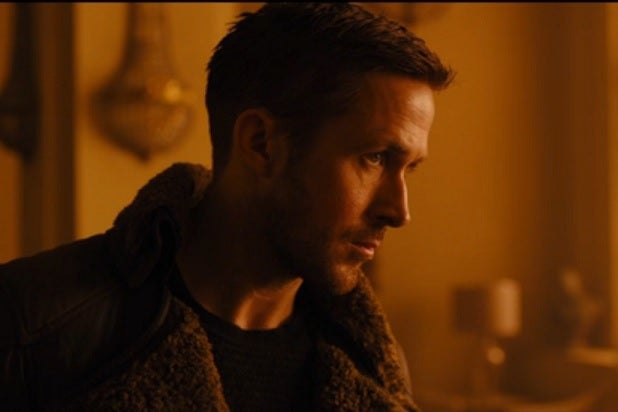 “Netflix my ass,” Rothman said, referring to the scope of the film. “Let’s see you watch this on that.”

Rothman was referring to the experience of watching the trailer on the big screen at CinemaCon 2017. In his defense, he was certainly preaching to the choir, as the convention is the annual gathering of American movie theater owners.

Denis Villeneuve seems to have taken his sci-fi sensibilities from “Arrival” and seriously raised the bar. In the footage shown, Gosling’s battered cop runs from ominous forces — seemingly lead by Jared Leto who, if he’s not a full blown villain is certainly up to no good.

Robin Wright and Harrison Ford (star of the original film) also make appearances in this futuristic dystopia. Ridley Scott, who directed the seminal first film, returns as producer. Warner Bros. Pictures will distribute the film in North America, and Sony will handle the property worldwide.

The film opens on October 6, nationwide.