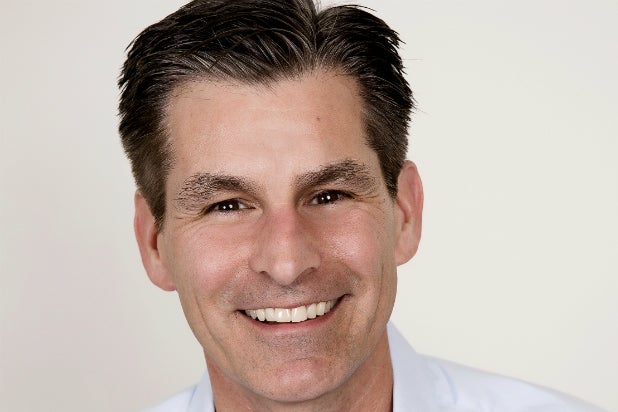 Sony Pictures TV will undergo an unspecified number of layoffs as part of a divisional reorg, which will include the creation of a direct-to-consumer unit.

In a memo on the changes sent to staff on Wednesday morning, Sony Pictures TV Chairman Mike Hopkins (pictured above) outlined three areas to be reorganized. Hopkins said that the company will combine global networks operations and worldwide distribution/home etertainment into a single business unit that will then operate in a territory management model that “brings together, under a single local leader, businesses that have been historically separate.”

“With this approach, we gain a more efficient structure giving regional leaders, along with their direct reports in each country, the ability to make smart, strategic business decisions, while keeping local consumers at the core of what we do,” Hopkins said.

The second area to be reorganized will be centralizing key services “to help drive integrated programming, operations, creative services and sales functions.” Hopkins said that unit will be based in Culver City, and a newly created role, EVP, Networks Operations, Programming & Strategy, given to TC Schultz.

Finally, Hopkins said that a direct-to-consumer unit will be created including Crackle, Funimation, Film1 OTT and Animax on demand. That unit will will be overseen by Eric Berger, who will continue to oversee getTV, Cine Sony and Sony Movie Channel.

Hopkins ended the memo by recognizing the changes “will be a significant adjustment.”

“We’ve had to make some difficult decisions but they were important moves as we reorient our business to align with the realities of today’s marketplace,” he said.

Below is Hopkins’ full memo on the changes. The note was obtained by TheWrap shortly after he sent it to staff on Wednesday.

I wanted to share some important organizational changes taking place across our television networks, distribution and home entertainment units that will fundamentally change the way we operate and manage those businesses moving forward. These changes are part of our ongoing “Reimagining SPE” efforts that Tony announced earlier this year to create a stronger and more agile organization, one that is better able to pivot and capitalize on opportunities in a fast-changing and increasingly complex global marketplace.

Over the next several weeks, we will be reorganizing in the following areas:

Broadly speaking, the new territory management model brings together, under a single local leader, businesses that have been historically separate. With this approach, we gain a more efficient structure giving regional leaders, along with their direct reports in each country, the ability to make smart, strategic business decisions, while keeping local consumers at the core of what we do.

With this change, we are appointing leaders within each region, under the leadership of Keith Le Goy. These regional leaders will have oversight of television and home entertainment distribution, as well as management of SPT-owned networks in their respective territories. Leadership and approach by region will be as follows:

We are also re-energizing our first-run syndication business, and John Weiser will step into a newly developed role, President, First Run Television, reporting to me. In this position, John will be focused on identifying and selling first-run syndication properties partnering with Holly Jacobs for US production, Michael Davies for Embassy Row and Wayne Garvie’s international production teams.

Our India channels operation, led by NP Singh, will begin to oversee television distribution in India. NP will continue to report to me.

Moving forward, we are bringing key global networks functions under one centralized services unitbased in Culver City. TC Schultz, reporting to me in a newly created role of EVP, Networks Operations, Programming & Strategy, will move back to Los Angeles to oversee programming, tech operations and creative services.

Additional services will be centralized under Keith as follows:

Finally, in keeping with our goal of connecting directly with our viewers and increasing our understanding of how to engage with them, we are forming a new unit of direct-to-consumer properties, including Crackle, Funimation, Film1 OTT and Animax on demand, that will be overseen by Eric Berger, reporting to me. Takiyama-san, who leads Animax and Animax on demand, and Gen Fukunaga, who leads Funimation, will continue to be an important part of our global anime effort. In addition, Eric will continue to oversee our US channels businesses – getTV, Cine Sony and Sony Movie Channel.

I understand that these changes, following the restructuring earlier this year, will be a significant adjustment for many of you. We’ve had to make some difficult decisions but they were important moves as we reorient our business to align with the realities of today’s marketplace.

I look forward to speaking with you and answering any questions you may have when we meet later today.

Also Read: 'Better Call Saul' Was Originally Just a Joke in the 'Breaking Bad' Writers' Room - and a Sitcom