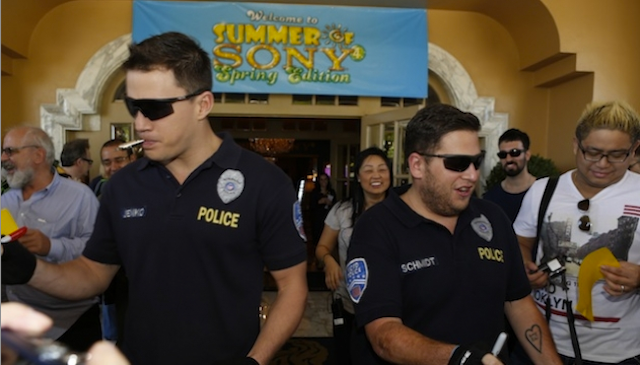 "Spider-Man," the latest installment in the billion-dollar-franchise, opens May 2.

"21 Jump Street 2," the studio's sequel to its reboot of the 1980s TV series starring Channing Tatum and Jonah Hill, will open June 6 up against Paramount's "Teenage Mutant Ninja Turtles." The first film grossed just more than $200 million at the global box office.

"Think Like a Man Too," the sequel to last year's surprise hit, will open June 20. It had been slated for May 30, where it would have served as counter-programming to action-filled spectacles "Godzilla" and "Dawn of the Planet of the Apes." However, with "Jump Street" set for the week after, it will now serve the same function in between "Jurassic Park 4" and "Transformers 4."

"Sex Tape," which will star Jason Segel and Cameron Diaz as a couple who decide to make said tape, will open July 2 against Angelina Jolie's revisionst "Sleeping Beauty" tale "Maleficent."