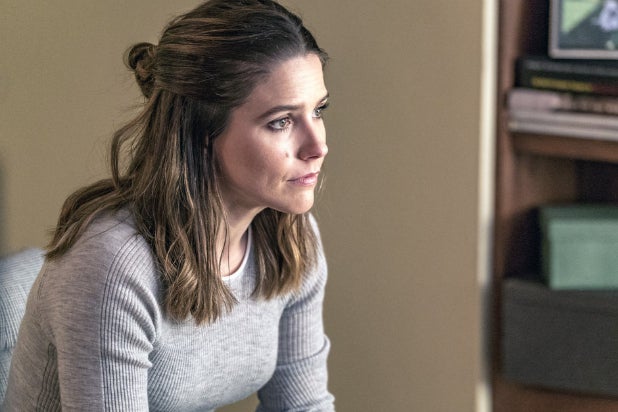 Sophia Bush has been fairly tight-lipped about her reasons for leaving “Chicago P.D.” at the end of Season 4. But on Monday, the actress who had played Det. Erin Lindsay on the Dick Wolf NBC series since the drama’s premiere in 2014, finally revealed details of the on-set conditions and “consistent onslaught barrage of abusive behavior” she says led to her 2017 exit.

“I programmed myself to tolerate the intolerable,” Bush told Dax Shepard on his podcast, “Armchair Expert.” “And part of the big break for me in saying, ‘No. I don’t necessarily know what it is, but I know that what’s happening is not good for me and everything has to change.’ That was a big cutoff point when I quit my job.”

“It has to stop, everything stops,” she continued. “I quit because what I’ve learned, I’ve been so programmed to be a good girl and to be a work horse and to be a tugboat that I have always prioritized tugging the ship for the crew, for the show, for the group, ahead of my own health.”

Though Bush says there “were aspects” of being on the series she loved, her “body was falling apart, because I was really, really unhappy.”

And one factor that very much contributed to her unhappiness was the Chicago cold. “It’s literally 30 degrees below zero,” Bush said. “So it’s 62 degrees below freezing, and you’re gonna say we have to keep working outside?”

Bush added: “And by the way, when your bosses tell you that if you raise a ruckus you’ll cost everyone their job, you believe them.”

When comparing her experience on “Chicago P.D.” with that of her time on “One Tree Hill” — after she and other female co-stars and crew members leveled sexual misconduct accusations against creator Mark Schwahn last year — Bush says the two “were very different.”

“One was like a guy who we were like, ‘Oh, God, he’s back,'” Bush said on the podcast, referencing Schwahn. “And one was a consistent onslaught barrage of abusive behavior. And you know you start to lose your way when someone assaults you in a room full of people and everyone literally looks away, looks at the floor, looks at the ceiling, and you’re the one woman in the room, and every man who is twice your size doesn’t do something, you go, ‘Oh, that wasn’t worth defending? I’m not worth defending?'”

TheWrap reached out to a representative for Bush to clarify the actress’ use of the words “assaults” and “abusive behavior,” but did not immediately hear back.

Bush says she sat the show’s producers down after the first table read for the premiere of Season 4 to warn them that if things weren’t different by the end of the season, she was going to ask to be let out of her seven-year contract three years early.

Bush says she later found out that her complaints had not risen high on the ladder until late in the game, as then-NBC Entertainment President Jen Salke called to ask Bush what was going on when she found out how unhappy she was. Bush says Salke told her, “we would never try to make you stay” when she heard how unhappy Bush was, “and that I really appreciated.”

Also Read: Ellen Pompeo Calls out 'Today' Headline: 'Lay off the Booze and Pay Attention to the Real Conversation'

Bush’s former co-star Jason Beghe apologized for inappropriate on-set behavior related to his “anger issues” in November 2017, not long after the actress exited the series.

The actor was investigated for his behavior after other employees brought their complaints to the Human Resources department, according to a joint statement released by NBC and producers Universal Television and Wolf Entertainment at the same time as Beghe’s remarks.

“When it was brought to our attention that there were concerns about inappropriate behavior on set, we promptly began an investigation in partnership with Human Resources and all parties involved,” the statement said. “As a result of the investigation, we have already taken action, and it is a situation we continue to monitor very closely to ensure all of our employees feel safe and supported.”

At the time of her exit, Bush dismissed the idea that she didn’t leave of her own accord, saying that it took “a long time and a lot of hard work to get out of that show” and, “I left because I wanted to. End of story.”

“I am not a difficult person to work with,” Bush told Shepard Monday. “I know that nearing the end of my tenure there I was probably difficult to be around because I was in so much pain, and I felt so ignored.”

NBC did not immediately respond to TheWrap’s request for comment on Bush’s remarks.