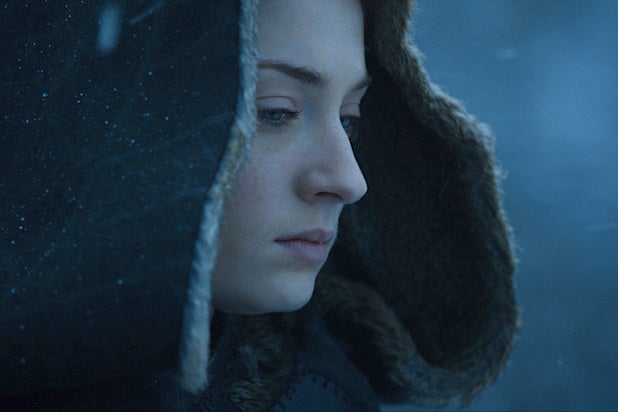 Sansa Stark is not here for your racist comments. “Game of Thrones” actress Sophie Turner quote tweeted and condemned a meme of her in character that advocates “Purity In Race and Culture.”

“Ew. Don’t use me to promote racism,” the actress tweeted Saturday.

The meme in question had a picture of Turner dressed as Sansa Stark from HBO’s “Game of Thrones” with a caption that warned against “race mixing.”

“White people are the product of 50,000 years of evolution. Do not destroy our genetic legacy by race mixing,” the meme said. “Do it right! Date and marry white!”

Also Read: Sophie Turner Says 'a Lot' of 'Game of Thrones' Fans Will Be 'Disappointed' by Series Finale

Turner doesn’t frequent Twitter, but when she does, she usually speaks her mind. Earlier this month, she put out a thread explaining her reasons against joking about mental illness and reached out to people who need help. And in December, she condemned a since deleted article and tweet from The Cut that wrote that Priyanka Chopra was a “global scam artist” and had tricked Nick Jonas into marrying her. Turner is engaged to Joe Jonas, and the two will be future sisters-in-law.

“Game of Thrones” returns for its eighth and final season on HBO on April 14. See Turner’s tweet below:

Ew. Please don’t use me to promote racism. https://t.co/u2bftRCbXy