TheWrap Emmy magazine: Stars discuss the “liberating and sad” feeling as their HBO juggernauts wrap up

This cover story on Tony Hale and Sophie Turner first appeared in the Race Begins issue of TheWrap’s Emmy magazine.

On the surface, there wasn’t a lot of similarity between “Game of Thrones” and “Veep.” One was set in a mythical land of dragons, sorceresses and brutal warriors, one in a version of today’s Washington, D.C., that seems less absurd with every new headline out of the Oval Office. One’s a drama, one a comedy.

So we figured it’d be fun to ask Tony Hale, who plays the meek and oft-humiliated “body man” to Julia Louis-Dreyfus’ Selina Meyer in “Veep,” to do some playacting as King of the North Jon Snow from “Game of Thrones”; and to ask Sophie Turner, the once-meek, now formidable Sansa Stark from “Thrones,” to slip into Selina’s power dress. And then we got them to talk about what it’s like to come to the end of an iconic television series.

Has it sunk in that you won’t be playing these roles anymore?
SOPHIE TURNER It hasn’t. I think it’s going to take me a while. It’s probably going to hit me this summer, when we’re not back in Belfast. But right now I still feel like I haven’t said goodbye properly yet. And I don’t know how to, really. I think it’s gonna take me years.

TONY HALE I think I’m the same way. It’s going to hit me the most in the fall, when we’re not shooting. For now, it comes in waves. The last week of shooting was an emotional tsunami. And when we see each other for press, you get that wave again. We just like each other so much — that’s the problem. I think I’ll probably just go over to each person’s house and spend the night. That’ll make it better.

Let’s compare notes. How emotional was shooting your last scenes?
HALE It was very, very emotional. Are you gonna trigger a lot of emotions now? You’re gonna trigger all my emotions.

It was like a four-day marathon of tears. We did a big table read of the last episode, and then I saw Tim [Simons] and Clea [DuVall] crying, and that got me crying. And then Julia gave a speech and we all cried again. And then the last day of shooting, every time somebody would wrap out we’d gather around the monitors. Matt Walsh sang a funny song, like “Celebrate,” but we still cried at that.

Was your last scene with Julia?
HALE Yeah. I think she was talking to Dave Mandel, the showrunner, and then behind the camera she saw that I was starting to cry, but I had to keep it together. It was just a mess.

Sophie, what was your final scene like?
TURNER Oh, God. It was terrible. For starters, it was a scene that we had been shooting for five days straight in the sun in Spain. So I kept going between the feeling of, “God, I can’t wait for this scene to be over,” and, “Please don’t ever let this end.”

It was like this weird Groundhog Day — you never really wanted it to end, but it was driving you nuts. But toward the end, I could feel it kind of winding down. We would cut, and they would talk amongst themselves, and I would start tearing up, and then they’d be like, “OK, moving on, next setup,” and you’d have to wipe the tears away and be fine again.

When it came to the very final shot, Dave and Dan [showrunners David Benioff and D.B. Weiss] do this thing where they present each of us with the storyboard of their favorite scene of your character, and then say some lovely words about you in front of the cast and crew. I just broke down crying, and I was inconsolable for three or four hours. It was probably one of the saddest days of my life. And I don’t think I’m done with my crying yet.

“Game of Thrones” and “Veep” are obviously dramatically different shows, but they’re both on HBO on Sunday nights, and on some level they’re both about the quest for power…
HALE Oh, yeah. Selina is Cersei. We’ve got our own game of thrones happening. We’re all circling her throne. 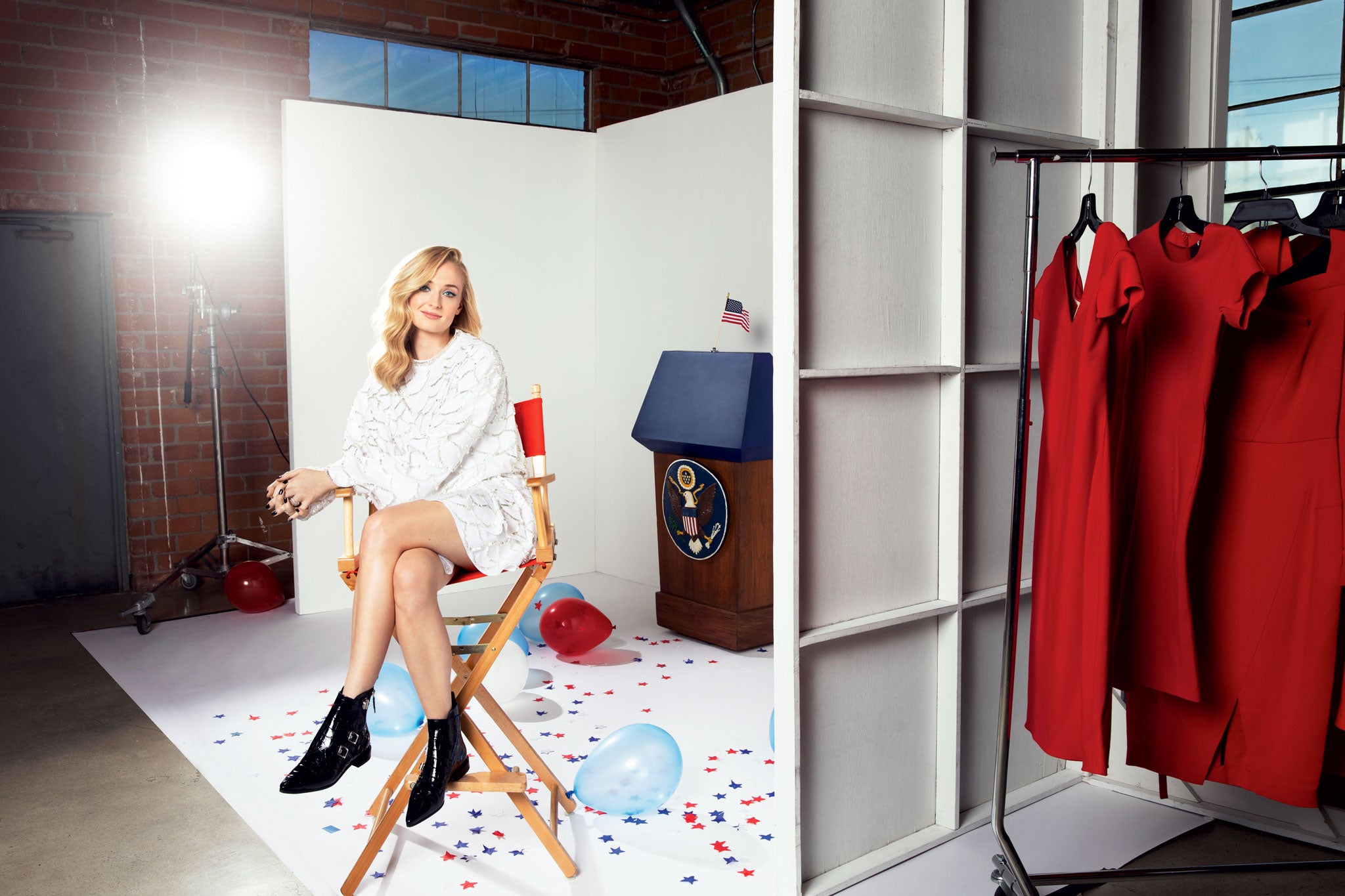 Do you feel a kinship between the shows?
TURNER Absolutely. Whenever I meet people from HBO shows, I feel like we’re all a family. Especially with “Veep,” which has been on just about the same amount of time that we’ve been on. It’s the same thing as the “Game of Thrones” cast — you look at the “Veep” cast and you think, at the beginning of this you never knew how long or how amazing or how wonderful this show was going to be, and now look, we’ve completed almost 10 years.

HALE I’m a fan of “Game of Thrones,” and I love how opposite the shows are, but how if you really look at the baseline, it’s all about everybody reaching for power. Everybody’s stabbing each other in the back to get ahead, and you also see how meaningless it is. It’s all selfishness and ego.

Clearly, there’s a huge difference between your characters: Gary Walsh is maybe even more of a lapdog than he was at the beginning of the series, while Sansa Stark has matured from a timid little girl with fairy tales in her head to a powerful force.
HALE She has ascended and I have descended. 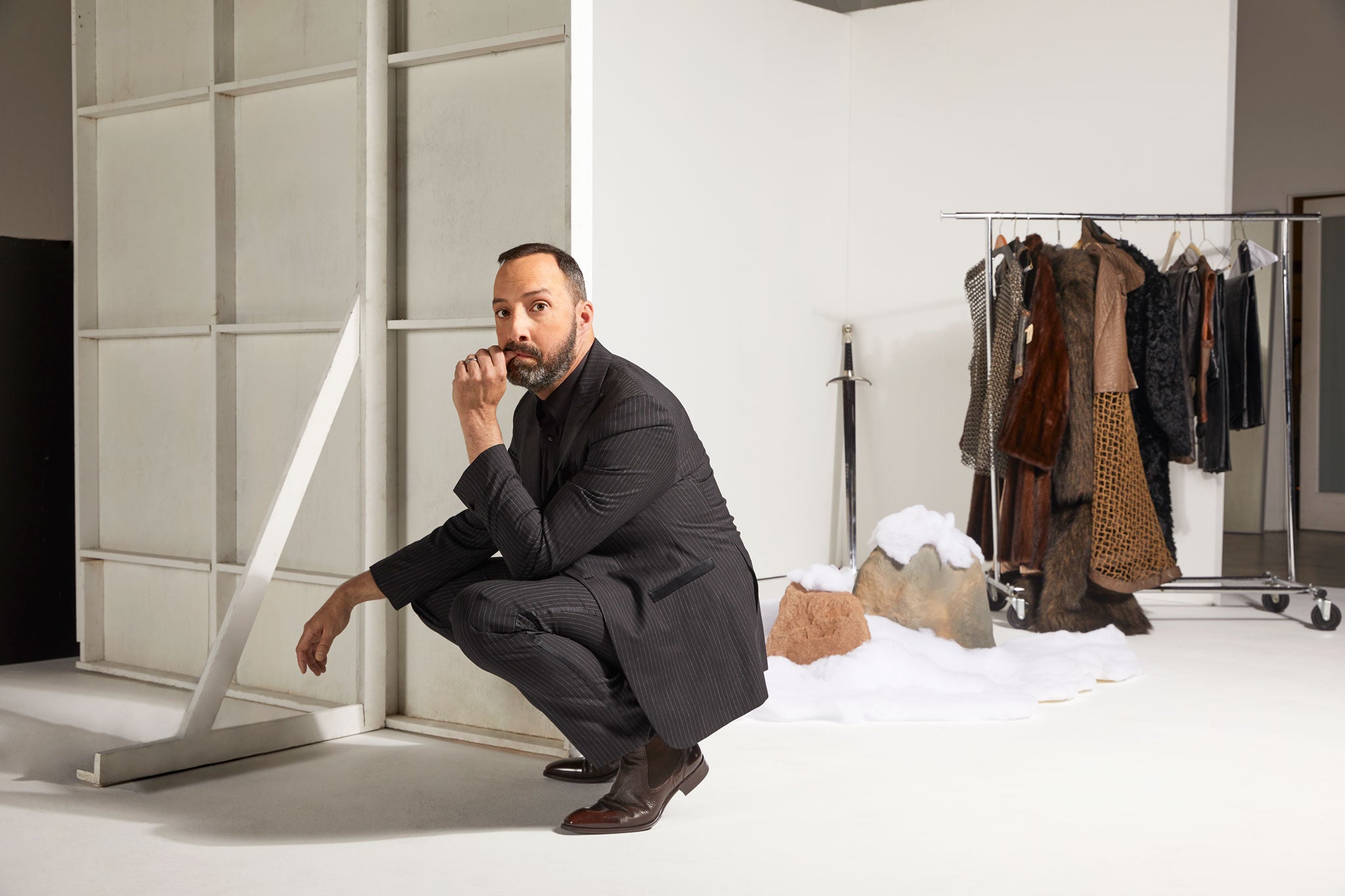 Did either of you have any sense when you started of what was ahead for your character?
TURNER Oh, my God, I had no idea. No idea. I wasn’t allowed to read the books, you see, when I first started to do the show, because I was only 13 and they were too graphic for me. We only know when we get the scripts for the next season — that’s when we find out what happens to us. So it’s been this wild journey of reading the script for the next season and going “Oh, my God, look at these characters, I can’t believe this is happening.”

We the cast have been watching it along with all the viewers, and having the exact same reactions, just six months ahead of them.

HALE That’s probably what I’m going to miss the most — sitting down for the table read and having the surprise of finding out what’s happening. You would hear hints at the beginning of the season about where your character is going, but you never really know because it morphs so much. Every single table read, I was like, “I cannot believe that he is that dysfunctional. I cannot believe that he is continuing in this abuse.”

You do watch the final season and think, “Will this guy ever not willingly let himself be humiliated?”
HALE No. When Selina Meyer is out of his life, he’s just going to go on Match.com and find another mother figure to attach himself to. That’s his normal. 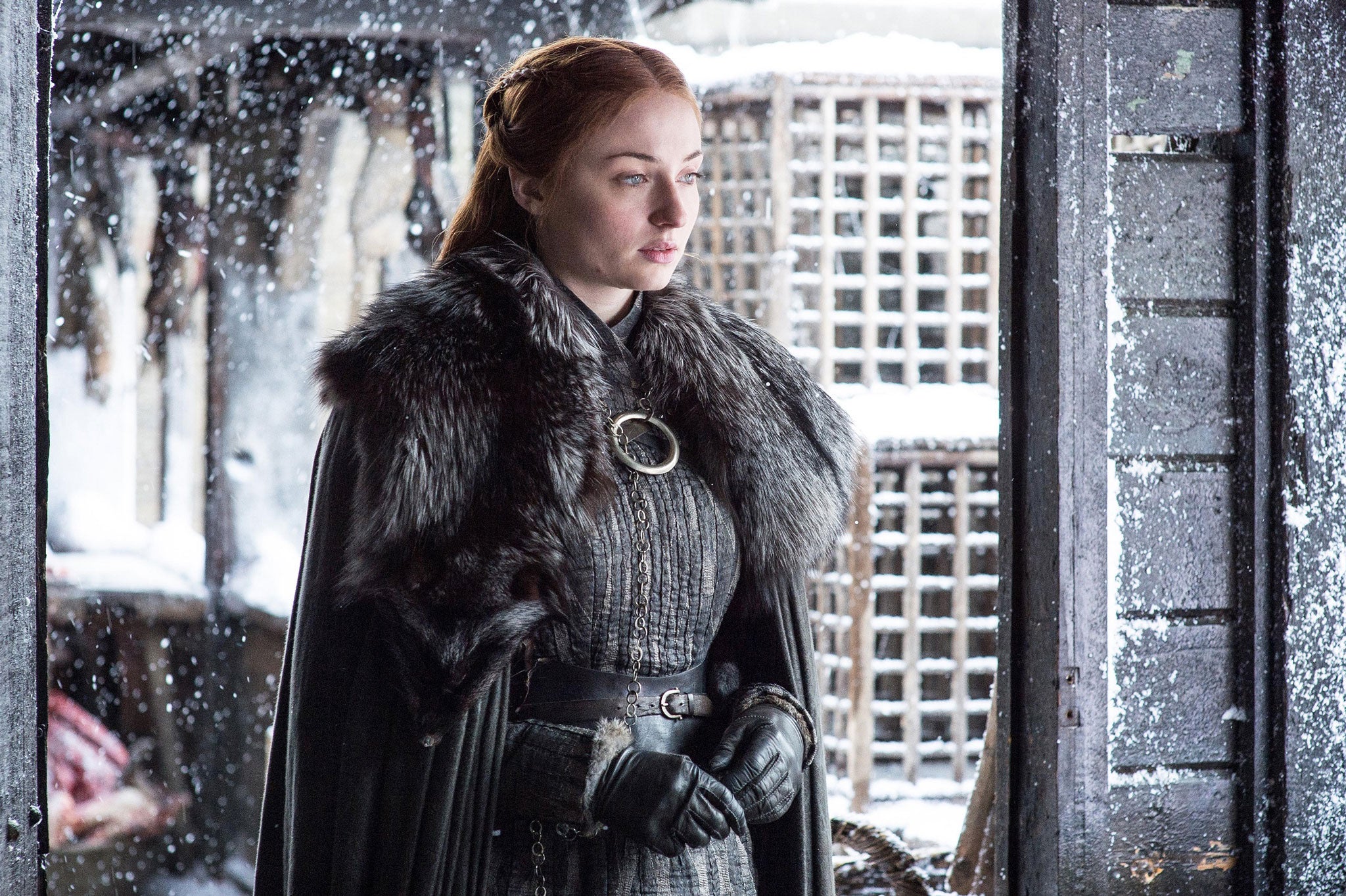 Sophie, beginning a show like this at that age must have an enormous impact on every area of your life.
TURNER It’s changed everything about me. Especially because “Game of Thrones” came at a time in my life when everything was changing. I was in my adolescence, and everyone’s kind of going through massive changes. This show informed who I am as a person — not only how to be on set and how to act in front of the camera, but also how to be a businesswoman.

We were treated like adults at a very young age, we had to deal with very sensitive material, and so I learned life lessons on “Game of Thrones.” I learned everything from that show.

Near the end of the season, there was some controversy over Sansa telling the Hound that her rape and imprisonment had made her mature — people took exception to the idea that her assault and mistreatment was somehow responsible for her becoming a strong woman.
TURNER I think that absolutely it was not so much the assault — what made her the person she is today, the politician and the manipulator, was the mentality, not the things that she went through. She made a conscious decision to stay quiet, to keep learning, to keep absorbing information from all of these people who are manipulating her or keeping her captive.

It’s a wonderful thing to see a sexual assault survivor grow from that, and see her turn into this political leader she is today — but no, the rape is absolutely not a plot device to make the character seem stronger. The sexual assault made her resilient, but by no means has it made her this wonderful character that we see today. It absolutely broke her, and we saw that on screen. But seeing her thriving is so wonderful to see. 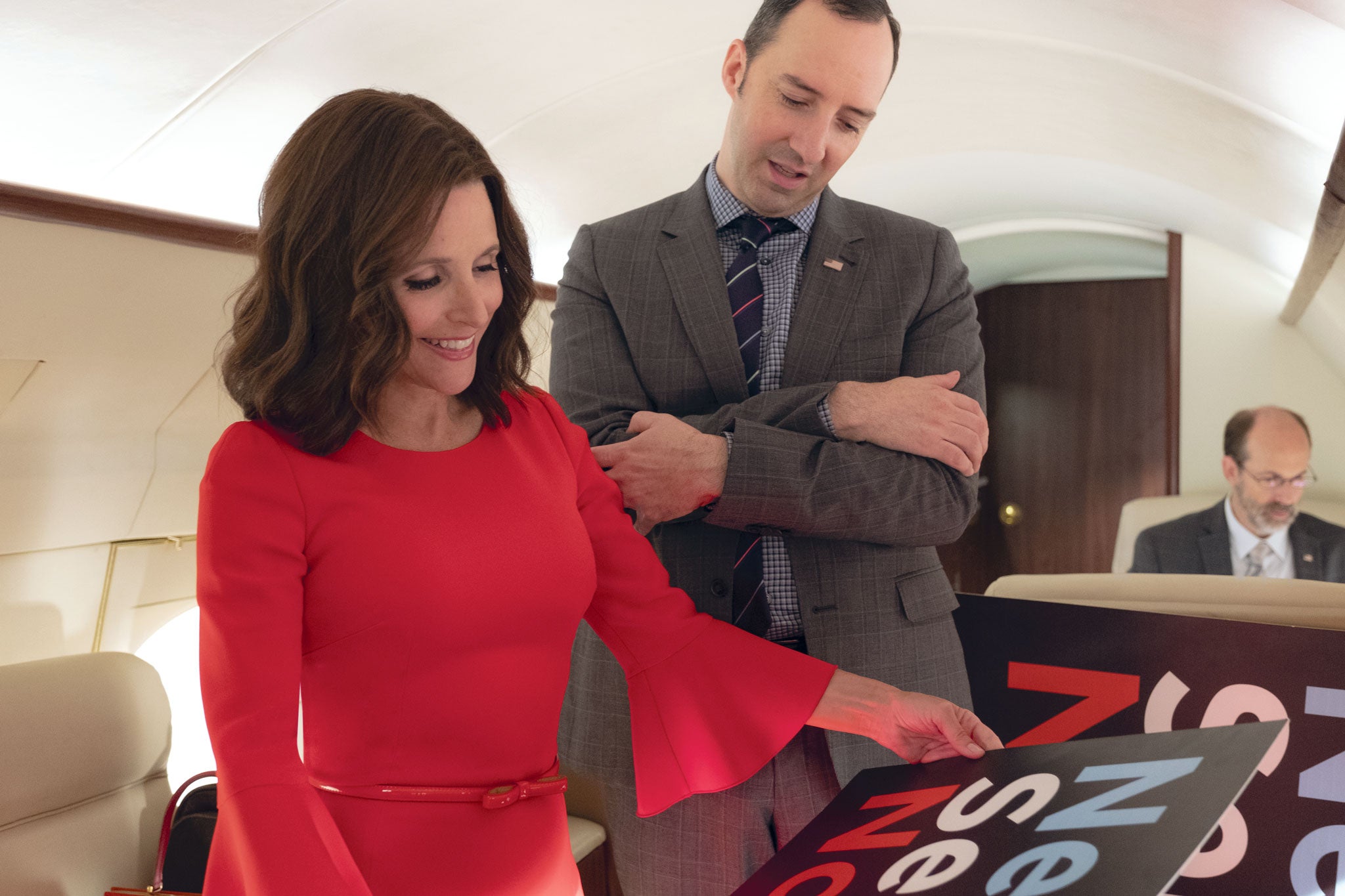 Is there any sense in which either of you are now relieved that it’s over and you can move on?
HALE It’s very bittersweet. I’m sure Sophie feels the same way, because you care about the family you’ve created, and it’s always hard to walk away from those connections. But it’s exciting to see what kind of other projects might come. My hope is that both the quality and the relationships are the same. The quality of the work is the same as “Veep,” and the depth of the relationships is the same. Because that relationship part is really what brings the joy and the community.

TURNER Yeah, it’s a liberating feeling, as well as a sad feeling. We have all this time ahead, and it’s a new chapter that we’re moving on to. And that’s something I’m really excited to explore. I’ve only really done drama, so I’m excited to have the time to explore many different genres of filmmaking and behind-the-camera things.

Has it changed what you want to do with your careers from here?
TURNER It has changed. For me and a few others, “Game of Thrones” was our first job ever, so the standards are incredibly high now. We have to find projects with incredible female characters and incredible writing, because with “Game of Thrones” we’ve been absolutely spoiled.

It’s difficult to find characters as well-written as Sansa Stark. But it’s kind of inspired me to start screenwriting, because if you can’t find those roles for yourself, you’ve got to make them for yourself.

HALE It’s also like, the older I get, the more doing it for the wrong reasons kind of fades away. All the ego and all the entitlements that can surround a set, it’s just bulls— that completely sucks the energy out of a room. You just want the kindness and the care for the work and trying to be a team player — that’s the stuff that really matters.