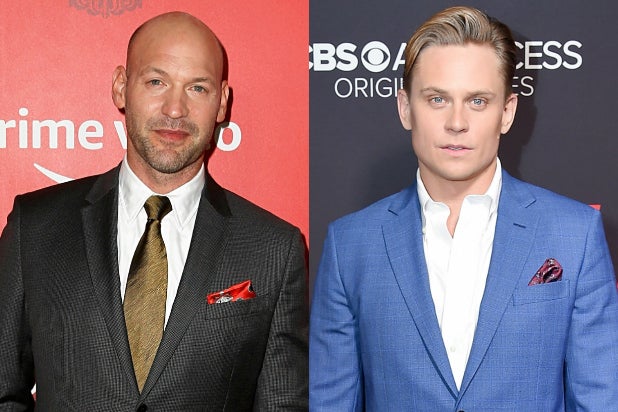 Corey Stoll is in final negotiations and Billy Magnussen has signed on to join the cast of “The Many Saints of Newark,” the highly anticipated “Sopranos” prequel film, according to an individual with knowledge of the project.

The duo joins Jon Bernthal and Vera Farmiga who were reported on Monday to be joining the cast, though, their character details are being kept under wraps, as well as Alessandro Nivola, who is playing Dickie Moltisanti in the feature film.

It’s unclear what roles Stoll and Magnussen will play in the film. Details for the project are being tightly held, but fans of the series can expect some of the beloved characters to appear in the film.

Also Read: Jon Bernthal and Vera Farmiga to Join 'Sopranos' Prequel 'The Many Saints of Newark'

“The Many Saints of Newark” is set during the Newark riots in the 1960s, when the African-Americans and the Italians of Newark were at each other’s throats. At the time it was, particularly among the gangsters of each group, especially lethal.

Stoll most recently appeared on the big screen as legendary astronaut Buzz Aldrin in Damien Chazelle’s “First Man.” He also starred in an episode of “The Romanoff’s” for Amazon. Stoll, who is repped by UTA, Suskin Management and attorney James S. Adams, will next appear in Ryan Murphy’s Netflix series “Ratched.”

Magnussen was last seen in the 2018 comedies “Game Night” and “The Oath.” He will appear next in Netflix’s Sundance flick “Velvet Buzzsaw,” starring Jake Gyllenhaal. The film follows a series of paintings by an unknown artist and the supernatural force behind them that enacts revenge on those who have allowed their greed to get in the way of art. Magnussen will also appear in Disney’s live-action Aladdin remake. He is repped by WME, BRS/Gage, Anonymous Content, and Sloane, Offer, Weber & Dern.