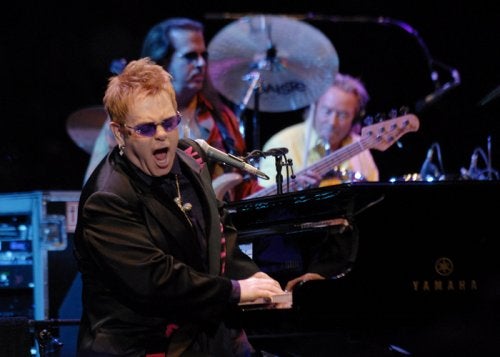 In a blow to tween girls everywhere, Justin Bieber will not be performing at the "American Idol" charity program "Idol Gives Back," as has been reported. His adoring fans can take some comfort, however, because even though the teen singing sensation will rest his golden voice, he will be appearing as a presenter, Fox confirmed to TheWrap.

Plus there’s plenty of other A-listers who will take the stage at next Wednesday’s celebration (8:00-10:00 PM ET live/PT tape-delayed). Among the big names are Elton John, Alicia Keys, Carrie Underwood, The Black Eyed Peas, Annie Lenox and Jeff Beck.

The event will be hosted by regular "Idol" ringmaster Ryan Seacrest and will be emceed by Queen Latifah, who will join the program live from the Pasadena Civic Auditorium. In addition to the live performances, one of the contestants on the current edition of "American Idol" will be eliminated at the end of the program.

Produced by Simon Fuller, this year’s special will help raise awareness and funds to benefit various U.S. and international charities, including Children’s Health Fund, Feeding America, Malaria No More, Save the Children’s U.S. Programs and the United Nations Foundation.

Viewers will once again be able to make donations during and following the show, and can bid online on items such as an autographed t-shirt from Simon Cowell’s wardrobe and a pair of sneakers autographed by Ellen DeGeneres.

The Emmy winning program raised $140 million in 2008 and 2007. Organizers did not host a version last year in a nod to the recession and have said that this year’s program will be scaled back in an acknowledgment of the poor economy.