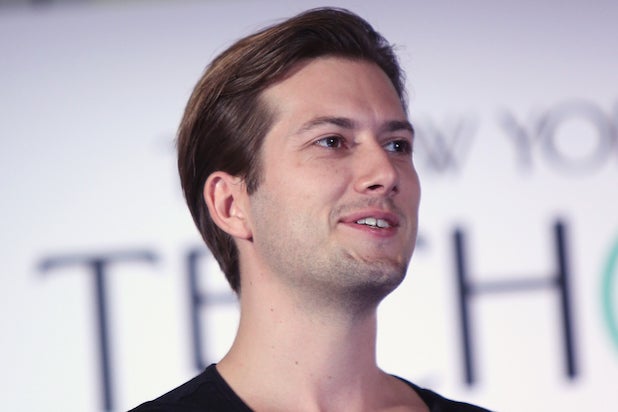 Streaming-music service SoundCloud launched subscriptions in the U.S. Tuesday, expanding its stockpile of free user-uploaded tracks to include official songs that listeners can unlock by paying $10 a month.

On the surface, the new subscriptions, called SoundCloud Go, have a familiar refrain: Like virtually every other subscription streaming service like Spotify or Apple Music, the basic $10 monthly rate allows unlimited listening to tens of millions of officially licensed songs, made by artists ranging from megastars like Drake to indie-label darlings, with added bonuses like removing advertising and playing songs offline.

What makes SoundCloud’s garden-variety subscriptions unique is the foundation it’s built upon: SoundCloud itself. Known as “YouTube for audio,” SoundCloud is a popular online source for unofficial recordings, be it a Kanye studio outtake or an unsanctioned DJ remix. It has more than 100 million of those, attracting about 175 million unique visitors a month. That compares to 81 million people who tune into top online radio service Pandora.

“When you step into SoundCloud, it’s much more like stepping into a cafe or a club, where there’s people and there’s a humanness around the music,” Alex Ljung, the founder and CEO, said in an interview with TheWrap. “Most other services, you open them up, and it’s like you’re in store.”

But SoundCloud’s identity as a user-upload mecca irritated the recording industry. Until it began generating revenue in 2014 with ads, SoundCloud paid no royalties, even if an uploaded filed included copyrighted material. SoundCloud said last May that it had paid $2 million in music royalties less than a year after adding advertising. The following month, Spotify said it paid out $3 billion to rights holders in almost seven years as a service.

Rights holders’ main recourse was pulling music off SoundCloud. Last year, major label Sony Music Entertainment removed original recordings by some of its biggest artists, including Adele, Hozier and Kelly Clarkson, when discussions with SoundCloud over official licenses broke down.

Tuesday’s U.S. launch of subscriptions is the culmination of a years-long effort by SoundCloud to win over traditional music industry interests like Sony. After sealing a deal with Sony earlier this month, SoundCloud had reached pacts with all the major powers in the music industry.

For listeners, the free version of SoundCloud won’t change much. It will continue to provide access to user-uploaded tracks, but now it will include 30-second snippets of licensed music behind the subscription paywall. Ljung said that SoundCloud doesn’t plan to increase the amount of advertising to free users, though he said ad load was always subject to change.

SoundCloud Go subscriptions are starting in the U.S., and the company said it would roll them out to other countries later this year.

For artists and rights holders, subscriptions unlock one of streaming music’s most lucrative lines of revenue. Streaming last year surpassed digital downloads as the U.S. recording industry’s biggest source of sales, with subscriptions by far the largest contributor of streaming revenue.

Also Read: Music Makes More Money From Streaming Than Downloads for First Time in US

But SoundCloud isn’t paying all artists the same. Its opt-in program to compensate creators, called On SoundCloud, includes an unusually wide variety of artists, especially now that the official catalogs of the major labels are joining the mix with completely independent artists who keep all their own money. Ljung said that makes identical payment terms for everyone impossible.

“The breadth of creators in the program is so wide, there is no one size fits all,” Ljung said. “There are differences, but we are trying to keep things as similar as possible.”

He declined to detail artist payments further. SoundCloud also declined to specify how many artists participated in the On SoundCloud system of payments, nor how much it has paid in royalties or made in revenue generally.

“Social elements aren’t something that you slap on to another product with a share button,” he said.

Apple attempted to foster more social sharing from artists on its Apple Music service launched last year. A feature called Connect allowed members to follow and view artists’ feeds, which ideally would be peppered with behind-the-scenes photos and unheard tracks. But artists have tended to share irregularly on Connect and repost material fans can find elsewhere.