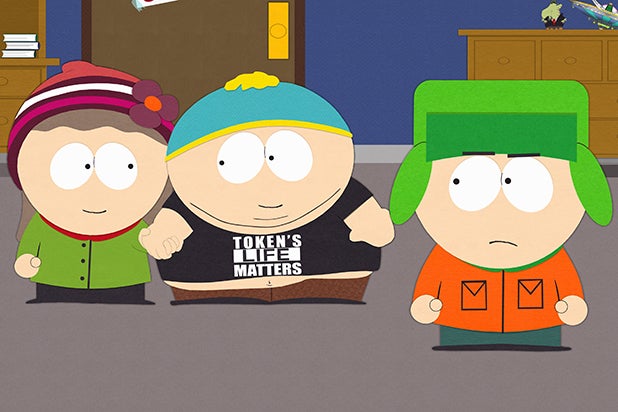 “South Park” fans were in for a surprise during the Season 21 premiere Wednesday night when the swearing and NSFW talk that’s typical of the show was echoed in their homes.

In the episode, the adults of South Park are battling the ultimate enemy to American jobs: artificial intelligence. Kid characters Cartman and Stan Marsh decide to take a different stance, happy to play with AI devices like Amazon’s Alexa and Google Home, causing the latest example of television programming to activate the popular devices in viewers’ own homes.

During the episode, Twitter flooded with examples of their own Alexa and Google Home devices repeating what the South Park kids said to their devices. Some phrases are innocent enough, like, “goodnight, sleep tight,” while others are characteristically dirty. “Alexa, Simon says, suck my big balls in your hairy b—hole,” one home device repeated in a video posted to Twitter.

See below to witness the hilarity. It’s definitely worth turning your sound on for this, but you’ll probably want to put your headphones in if you’re at work.

This episode of South Park drove my Alexa crazy. I never knew my Alexa had such a potty mouth. pic.twitter.com/lWIHySClRd

Who else’s Alexa’s keep going off every time Cartman says something on the Alexa during this South Park episode ???? #SouthPark21 pic.twitter.com/strwnTST23

This @SouthPark episode has set my @amazon Alexa off about 15 times so far. Had to unplug it

11 Leprechauns in Movies and TV for St. Patrick's Day, From 'Finian's Rainbow' to 'South Park' (Photos)

If you need a leprechaun fix for your St. Patrick’s Day coronavirus quarantine, these movies and TV shows will do the trick

"The Luck of the Irish" (1948)  Tyrone Power plays a reporter who travels from Ireland to New York, with a leprechaun at his side as a servant and guide.