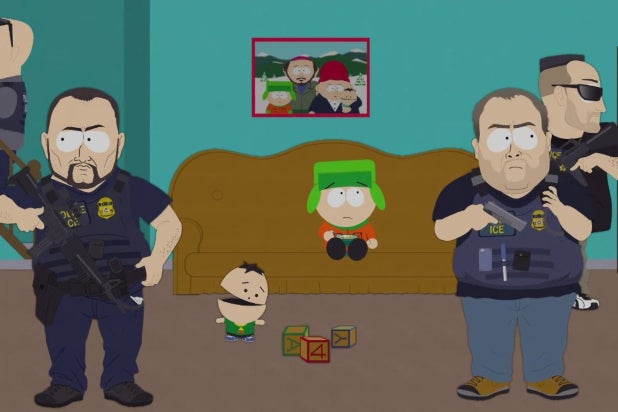 There’s still life in those foul-mouth kids from “South Park” (sorry, “Tegridy Farms”), as the 23rd season of the long-running animated comedy handed Comedy Central the top cable comedy telecast of the year in the advertiser-coveted adults 18-49 demographic.

The premiere episode — which introduced a new intro that swapped out “South Park” for “Tegridy” — notched a 1.3 rating among adults 18-49, when adding in three days of delayed viewing on DVR and on-demand, according to Nielsen.

While that was good enough to give the network the top telecast among all cable comedies this year, it was down 24% from last year’s season opener (1.7 rating), but in line with the season average. However, if we’re only looking at Live+Same Day results (counting only those people who watched the night of the premiere), Season 23 actually improved from last year with a 0.9 rating in the demo, compared to 0.7 for last season’s opener.

Also Read: How Long Does 'South Park' Have Left? 'Haven't Put an End Date On It,' Comedy Central Chief Says

“South Park” taking the top cable comedy spot is par for the course. The series has held that spot for the last six years.

Earlier this month, Comedy Central agreed to a new deal with Matt Stone and Trey Parker to keep the longrunning cartoon for an additional three seasons. That will take “South Park” through Season 26 and 327 episodes.